The Lexus LF-1 Limitless is born in Detroit 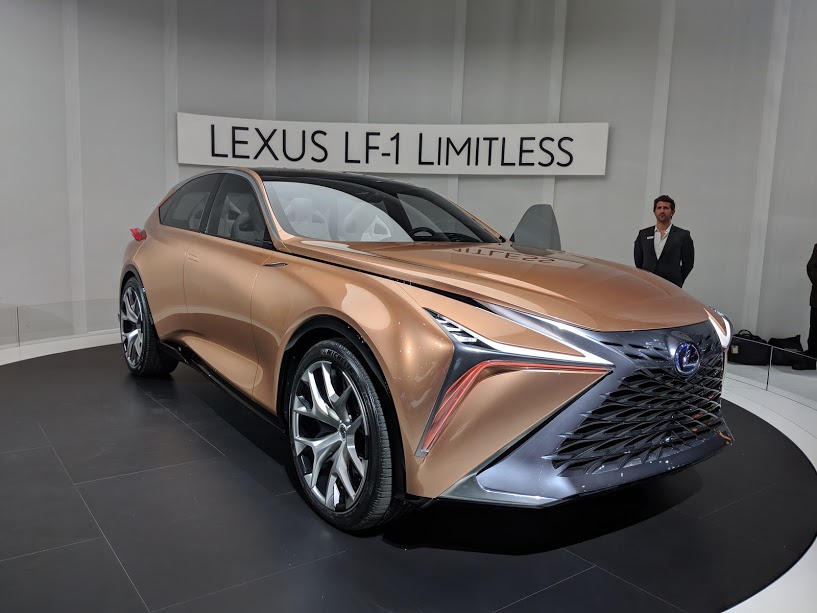 With the Lexus LF-1 Limitless concept presented in Detroit today, Lexus gives us a glimpse of what the brand will bring to its future models in terms of styling as well as the technologies they will offer.

The LF-1 Limitless is big, almost as imposing as the largest SUV in the Lexus lineup, the LX 570. However, it has much slimmer and more elegant lines. We do not know which engine will power the LF-1 Limitless, but as its name suggests, all possibilities seem to be on the table.

The Lexus LF-1 Limitless could for example receive an electric engine, or a hybrid or hybrid plug-in powertrain. A hydrogen engine is also a possibility. In short, there are no limits.

Among the interesting technologies that could emerge on the LF-1 Limitless or other models of the brand, there is the 4D navigation system. This additional dimension is able to anticipate congestion or other delays on the road and thus help the driver better plan his or her travel. Like many other concepts presented recently, the LF-1 Limitless will be equipped with several autonomous driving technologies.

It remains to be seen if the LF-1 Limitless will ever see production. To be continued!

This will be available to every Rivian vehicle ever made. The company has yet to confirm the details of this future update. This...
Read more
Previous articleThe Infiniti Q Inspiration Concept presented in Detroit
Next articleThe 2019 Kia Forte is unveiled in Detroit