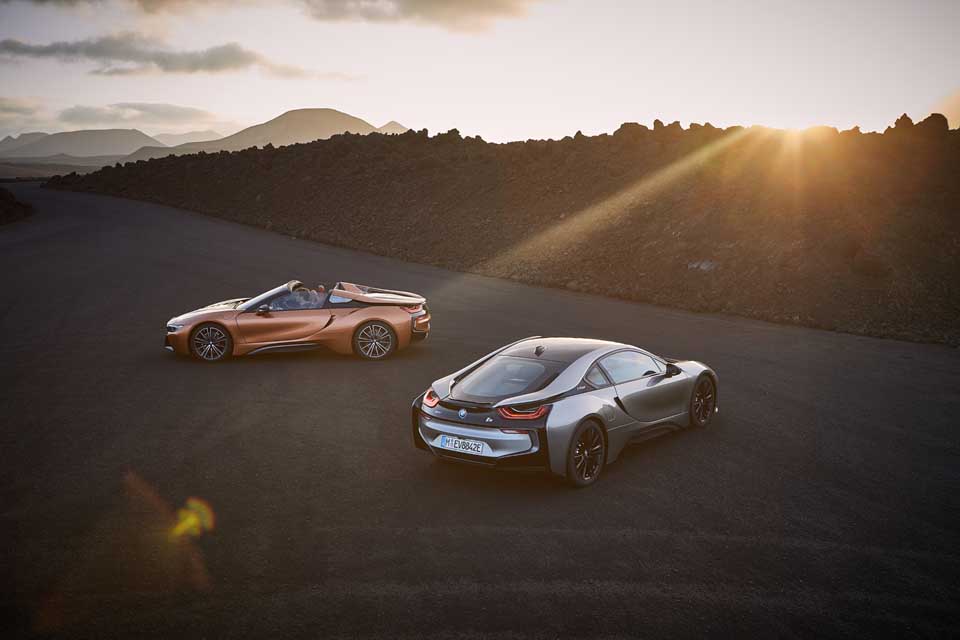 BMW’s press conference at the Los Angeles Auto Show was a nice way to recap the last few months. The presentation of the new M5 and the rare M3 CS is a testament of the manufacturer regarding performance in general. The two prototypes, the beautiful 8-Series Coupe and the bigger member of the X family, the X7 iPerformance, show what to expect over the next few months, while the electric portion of this media presentation demonstrates the Bavarian automaker’s interest in electrifying most of its fleet.

However, it is the worldwide presentation of the all-new i8 Roadster that steals the show at this first North American event of the year. The arrival of a soft top variant is introduced at a good time since the i8 Coupe is also getting some attention after a few years on the market.

Basically, the total power of the gas-electric powertrain is gaining a few horsepower fort a grand total of 374, while the range in electric mode has been bumped to 53 km (54 km for the coupé), almost double of what the current i8 is capable.

The new Roadster is a true 2-seater sports car. The Coupe version, on the other hand, keeps its rear seats. Moreover, the new i8 Roadster 2019 remains faithful to the concept introduced in 2012. The futuristic silhouette is still part of the winning recipe and that’s a great thing!

The new BMW i8 Coupé and Roadster will arrive in the spring of 2018.

For now, little is known about this new product. The turbodiesel drivetrain of the Mojave SUV makes it difficult for a North American...
Read more
Previous articleThe 2018 Lexus RX L: It’s about time
Next article2018 Range Rover SVAutobiography unveiled in Los Angeles