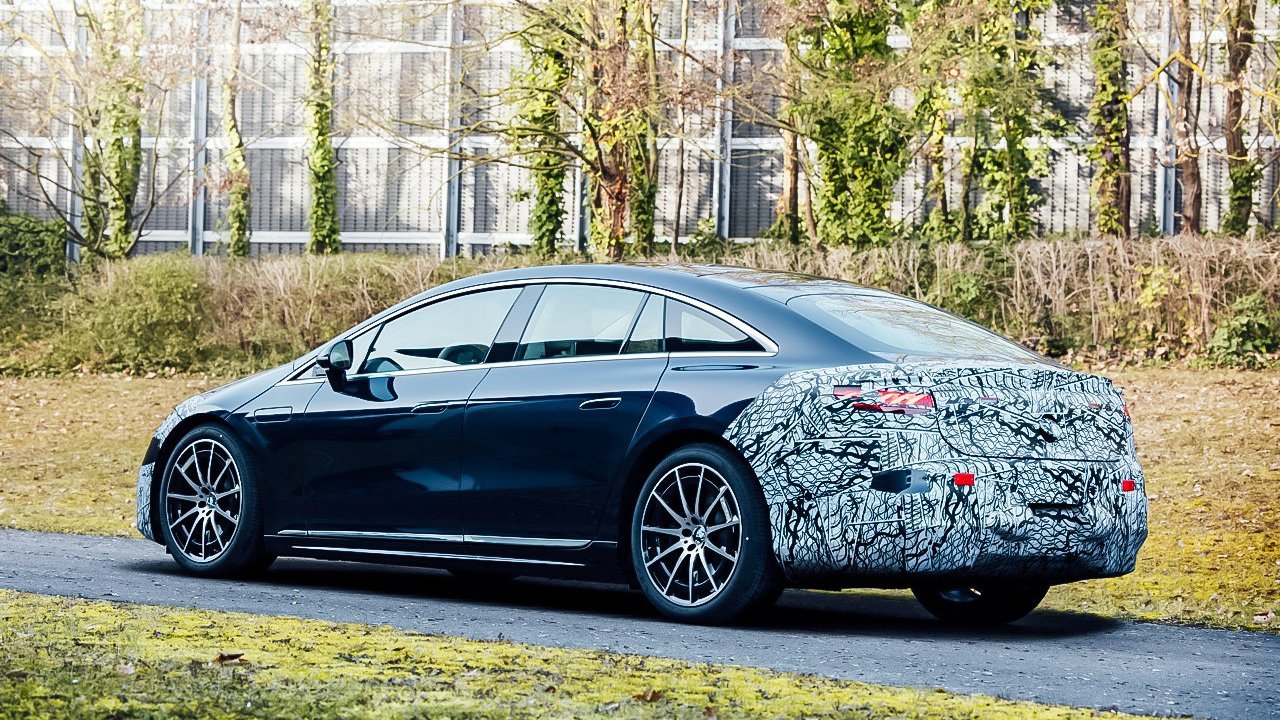 The first new Mercedes EV on a dedicated platform

Mercedes-Benz is readying what could be a landmark EV. A flagship model that will be its first on a dedicated platform and looks like it might be the first to challenge Tesla for absolute range, with more than 700 km expected from the luxury flagship.

“We boosted flexibility of all factories worldwide so that we can produce hybrids, fully electric cars and combustion vehicles everywhere, depending on customer demand and individual market developments,” COO Markus Schaefer told Bloomberg. “It took a while for us to prepare all this, but now it’s time to deliver.”

The Mercedes-Benz EQS is set to debut on April 15th, and, says the report, the brand expects more than 700 km of range on the WLTP cycle. That would put it head to head with current versions of the Tesla Model S Long Range, and make the two some of the longest-range offerings on sale.

It’s a huge step over the first modern electric Mercedes, the EQC, which was derived from the gas-powered GLC and has a WLTP estimated range of just 450 km.

Schaefer told Bloomberg that Mercedes-Benz expected EV and PHEV share to see “a steep increase” from the eight percent of 2020, and that the automaker is currently in a spot where it can meet demand if it exceeds the company forecast of half of deliveries with a plug in 2030.

From last month’s category winners, we now have six finalists. The finalists are a mix of EVs and ICEs. Over the course of the...
Read more
Previous articleShould You Buy a 2021 Honda Civic Hatchback?
Next articleUS Transport Secretary Unaware of Administration Support for 2035 ICE Vehicle Ban