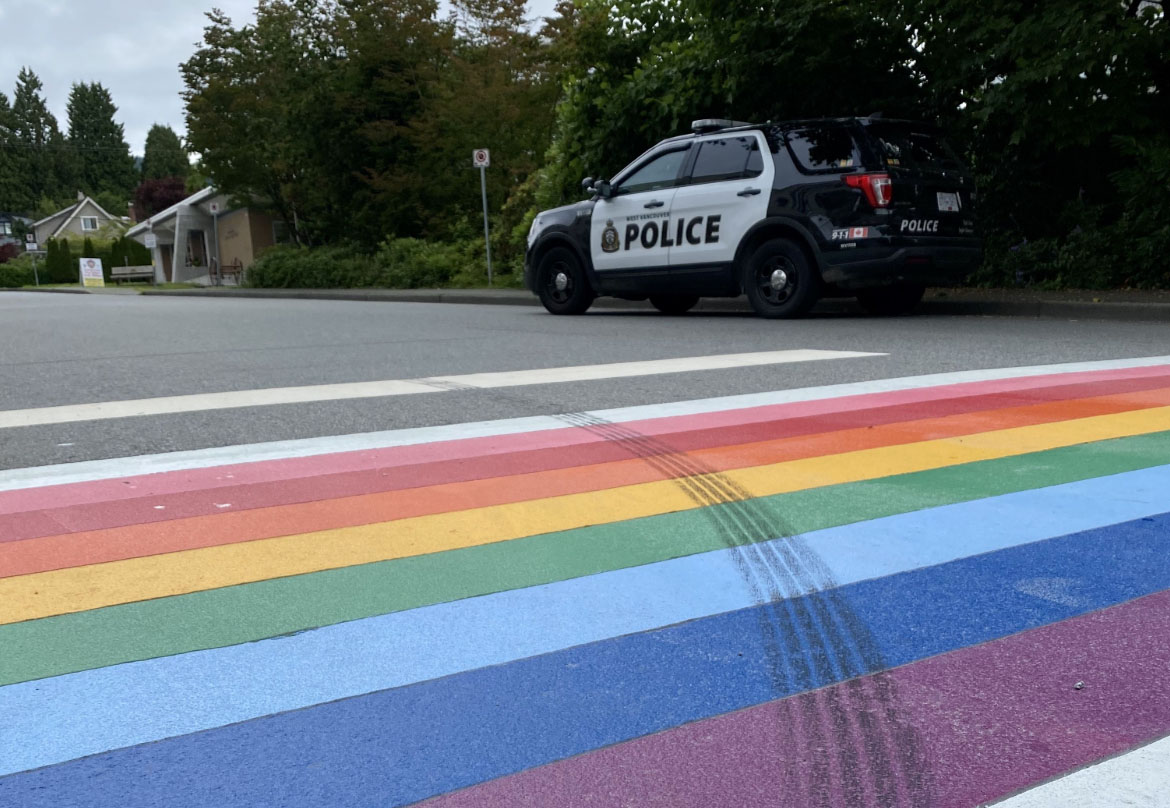 Vancouver police says it was a hate crime, but video evidence may suggest otherwise

A Ford Mustang driver in Vancouver is being accused of leaving tire marks on a Pride crosswalk painted to show the police’s commitment to “inclusion, diversity, and respect”.

“This is very upsetting,” Const. Kevin Goodmurphy said in a press release.

“For whatever reason, this person has chosen to leave a gesture of hate on a crosswalk that stands for the exact opposite.”

The act has been described as a hate crime by police, but some are saying it may be an overreaction.

Investigators would like to speak with the driver responsible for defacing a recently installed Pride crosswalk at 16th St. and Esquimalt Ave. If you have information, please call 604-925-7300. https://t.co/ywkNR4DMAv pic.twitter.com/ViW0ZxcxYN

The police department says that it heard sustained tire squealing on July 7th and found the tire marks when they went to investigate.

A camera located nearby caught the Mustang leaving the station and although you can see the car struggle over the crosswalk, it’s not clear that the driver was intentionally leaving marks.

On the one hand you can tell the driver stops over the crosswalk and then accelerate rapidly, but on the other hand this may just be the driver checking if the coast is clear, and then flooring the car a bit too aggressively.

A week after it was installed, the Pride crosswalk outside @WestVanPolice's HQ at 16th/Esquimalt Ave. was damaged by the car seen below. No one has been arrested. The crosswalk hasn't been repaired yet. If you recognize the car below, tell police. pic.twitter.com/6NRnWoBpHa

Police in Vancouver say they have identified a suspect, but did not release further details.