Glance 2019 Toyota Camry at a glance 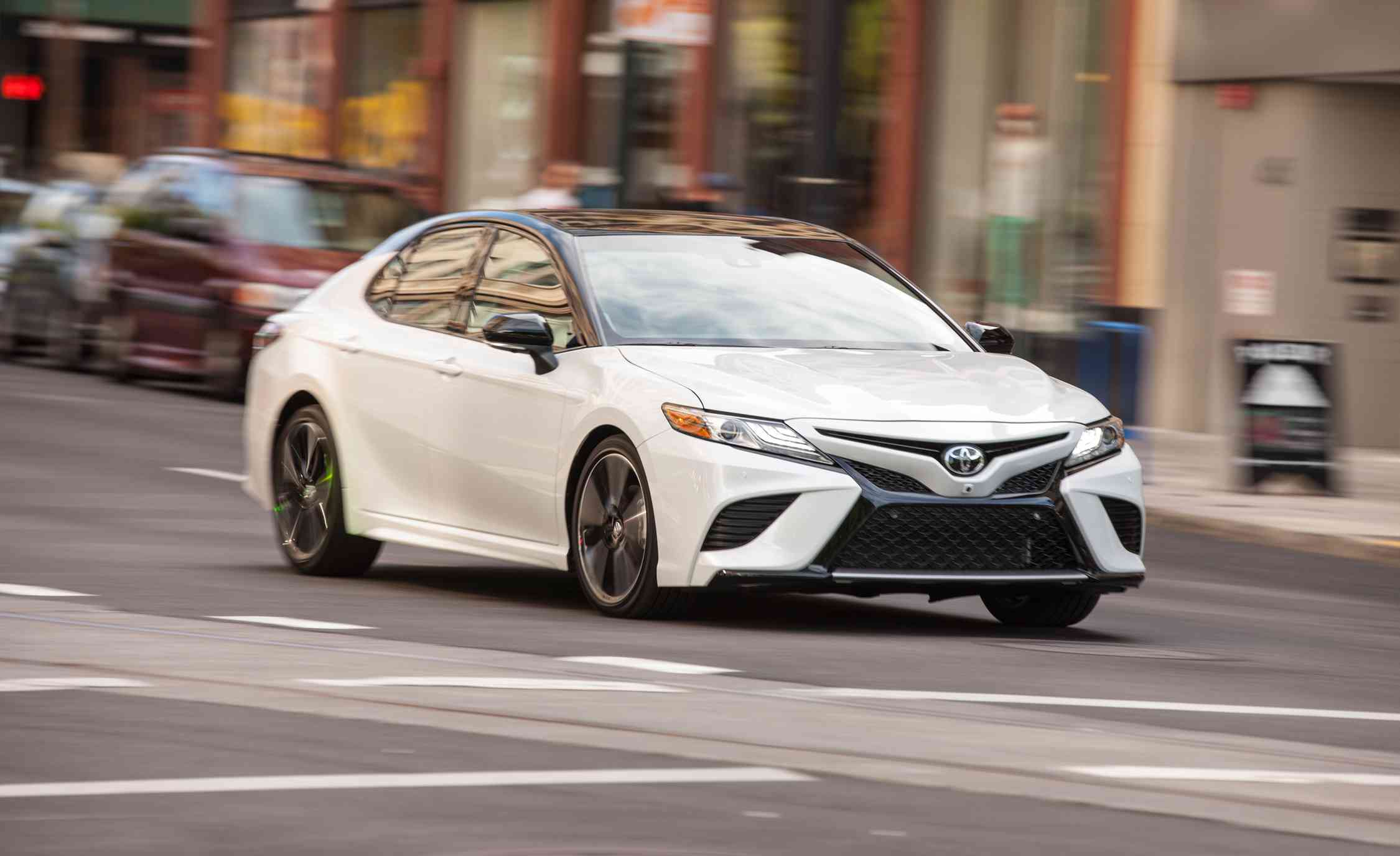 If there’s one vehicle that perfectly represents Toyota’s latest attempt at changing its image, it’s the Toyota Camry.

Along with the upcoming Toyota RAV4, the new Camry seeks to be a lot sportier and a lot more fun to drive while still offering its loyal followers the comfort and refinement they expect from the vehicle.

As one of the world’s best-selling vehicles, and Toyota’s most popular vehicle in the U.S., the automaker’s engineers had no room for error when redesigning the Camry. You could also have forgiven Toyota for playing it safe. You know, sticking to what works. Improving this and that but not revolutionizing anything.

Well, that didn’t happen. Toyota decided to not only revamp the Camry’s design, features, and engine lineup, but the mid-size sedan’s image as a whole. It was very difficult to fault the Camry for anything in particular over the years aside from a bland personality that made the car more efficient than enjoyable.

Introduced at the 2017 North American International Auto Show and put on sale as a 2018 model, the Camry won’t be getting any significant changes for the 2019 model year. It doesn’t really need any.

What the 2019 Toyota Camry does well

The Camry has never stood out on the road, until now. The sportier design, lowered height and wider body give last year’s model and the 2019 Toyota Camry a rather bold and sporty design.

Under the hood, the Camry features two engines that are both among the most powerful in the segment. Rated at 203 horsepower, the entry-level four-cylinder is more powerful than the Honda Accord’s base engine, and basically any other engine in the mid-size sedan segment. Same can be said for the 301-horsepower V6, but we’ll get back to that.

Despite the Camry’s abundance of power, fuel economy numbers are quite impressive. They are in fact among the best in this class. When it comes to combining power and fuel economy, you can’t really do better than the 2019 Toyota Camry.

The Camry is a lot sharper on the road than the outgoing model, but it remains comfortable, quiet, and refined out on the road.

What the 2019 Toyota Camry doesn’t do so well

That V6 engine can’t really compete with the 2019 Honda Accord’s turbocharged 252-horsepower unit. Sure, it has nearly 50 more horsepower, but it’s not as smooth or refined.

The 2019 Toyota Camry’s interior feels slightly more cramped than the Accord’s or other vehicles in the segment like the Fusion, Kia Optima or Nissan Altima. Buyers who want space first and foremost may be disappointed. Part of that feelings comes from the lower driving position that comes with the Camry’s TNGA platform.

The four-cylinder engine certainly has all the power you could ever need, but it’s not as refined as some engines offered in the segment, namely the Accord again.

The 2019 Toyota Camry and 2019 Honda Accord are a cut above other mid-size sedans in this segment. It’s so hard to recommend one over the other, you simply need to head to the dealership, test drive both, and see which one stands out.

Buyers wanting more space or comfort will probably go Accord, but buyers who want a perfectly balanced sedan will be happy with a 2019 Camry in their garage. 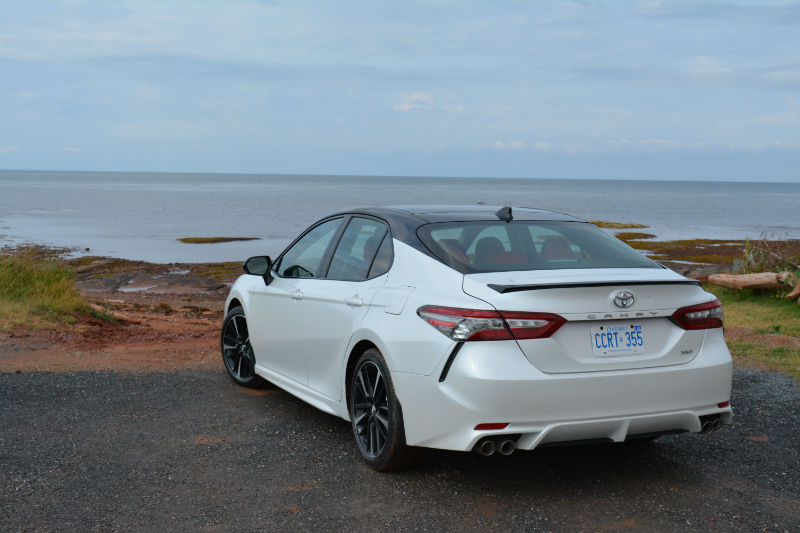 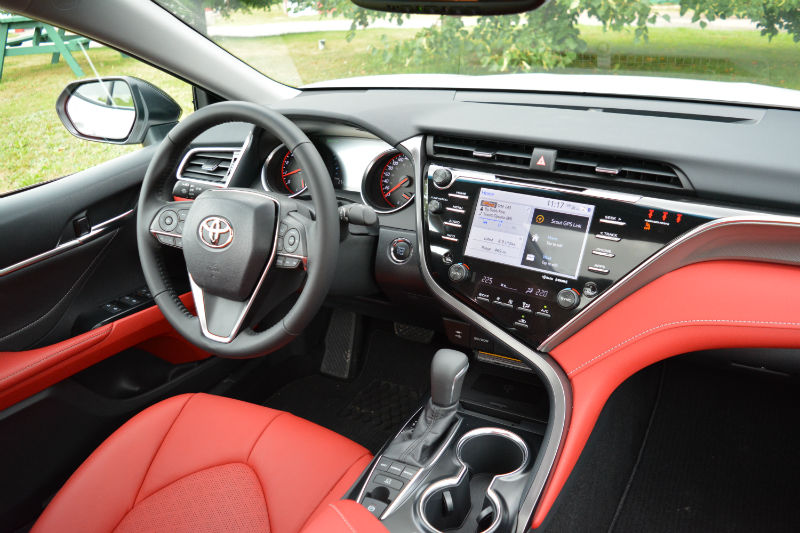 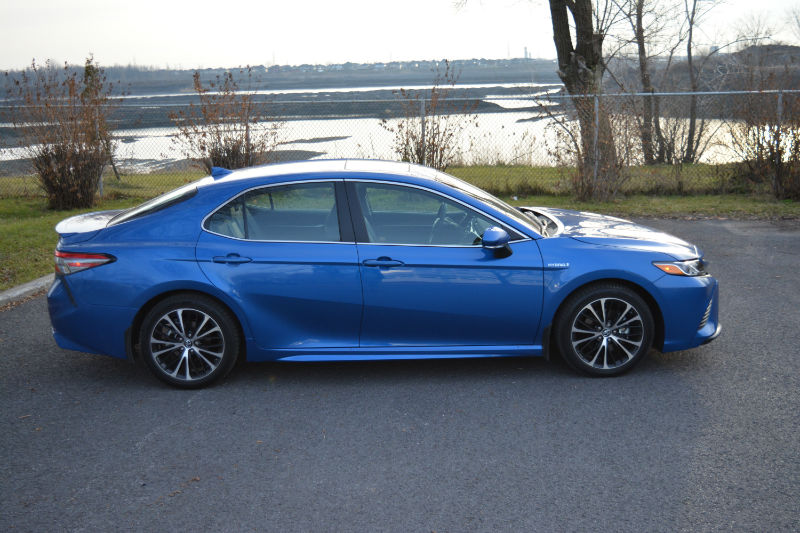