News Next Audi RS3 Will Have Checkered Flag Design In Headlights

Next Audi RS3 Will Have Checkered Flag Design In Headlights 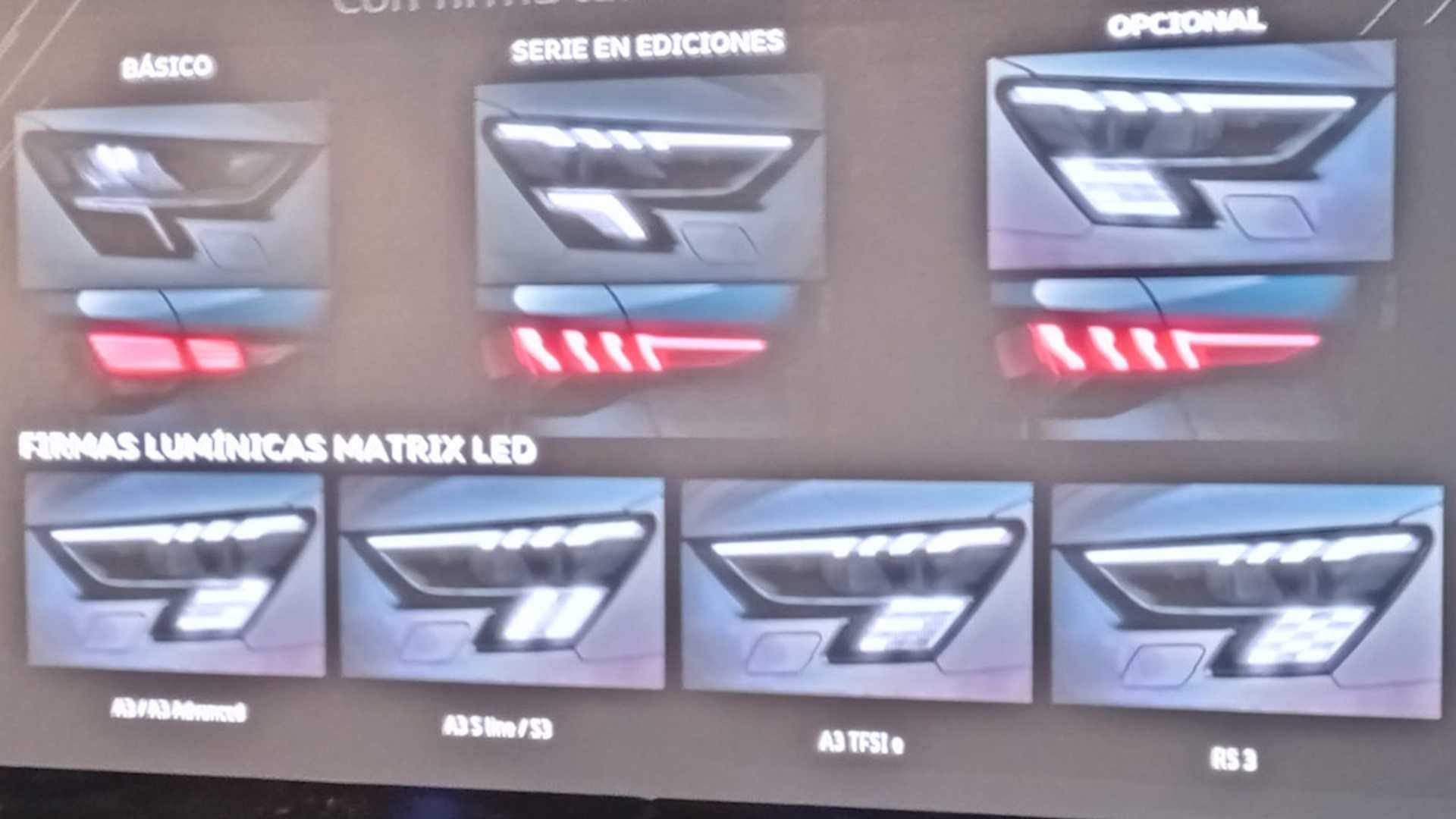 If this is true, this is genius

It appears the next Audi RS3 will have a unique checkered flag pattern in its headlights.

Audi is the king of LEDs. It was one of the first automakers to adopt the unique design in its headlights and its Matrix lights released in 2014 have evolved into one of the most advanced lighting technologies out there.

The German automaker may be working on the next best thing when it comes to LEDs, a unique pattern built into the headlights. In this case, Periodismo Del Motor (via Motor1) is saying that pattern will be a checkered flag.

The outlet leaked an image of the new Audi A3’s headlight lineup with the last image showing the RS3 with a distinctive checkered flag.

The next Audi A3‘s headlights will have a small box in the bottom corner with diodes that can be controlled independently. That means that in the RS3, they could be configured to show the racing flag.

There’s no official confirmation by Audi, but this would be a really cool design element for the next RS3. We’re not sure how easy the design will be to make out in a flood of headlights coming your way, but we hope they follow through with it anyway.

The coyote represents Ford’s 5.0-litre V8. Dodge launched its “never lift” business plan in November. It calls for new performance-related news every three...
Read more
Previous articleRemembering the Mazdaspeed6 And All Its AWD Glory
Next article2021 Ford Explorer At A Glance