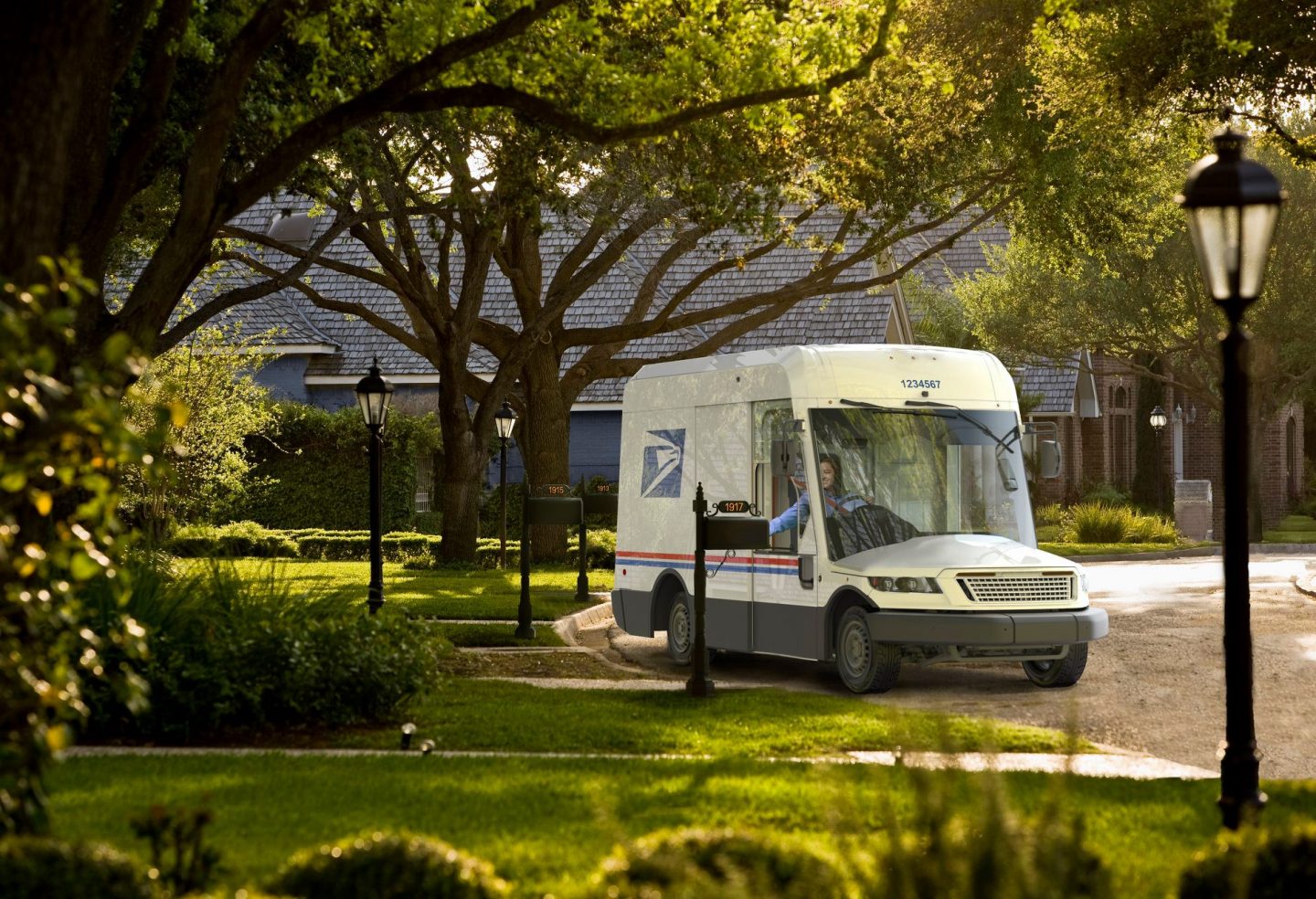 Oshkosh Defense is building the next generation of delivery vehicles for the U.S. Postal Service. They announced yesterday that they’ll be building the vehicles in South Carolina while Ford has said that it will be the supplier of drivelines for both the electric and the gasoline drivelines as well as other components.

The current USPS fleet is more than 25 years old, made up of Grumman LLV models that were designed using the frame from a 1982 Chevrolet S-10 Blazer and an equally dated 2.5L or 2.2L inline-four. They are now racking up big maintenance costs and lack advanced driver assistance features or even air conditioning.

A proposal from Oshkosh Defense was picked in February (after a six-year process) to provide between 50,000 and 165,000 of its new-design postal service vehicles over a 10 year period.

Oshkosh will be building a new plant in Spartanburg, SC, repurposing an existing warehouse, and expects to start large-scale production of the NGDV, as it is called, in 2023.

A mix of gas and EV models will be built. Automotive News reports that the drivelines will be coming from Ford, which will be built in Michigan. Ford is said to be supplying engines as well as motors and electric batteries along with transmissions, suspensions, and other components.

U.S. Postmaster General Louis DeJoy has previously committed to making 10 percent of the fleet electric but has said that with government assistance that the USPS could make a majority of its fleet electric vehicles within the 10 years.

Both midsize pickups share the same platform and mechanical elements. The Chevrolet is the only one to offer 2WD and a Work Truck...
Read more
Previous articleMazda to Idle Japanese Plant Due To Chip Shortage
Next articleThe Tesla Model 3 Is The Most “American-Made” Car