Should-you-buy Should You Buy a 2022 Volvo V90 Cross Country? 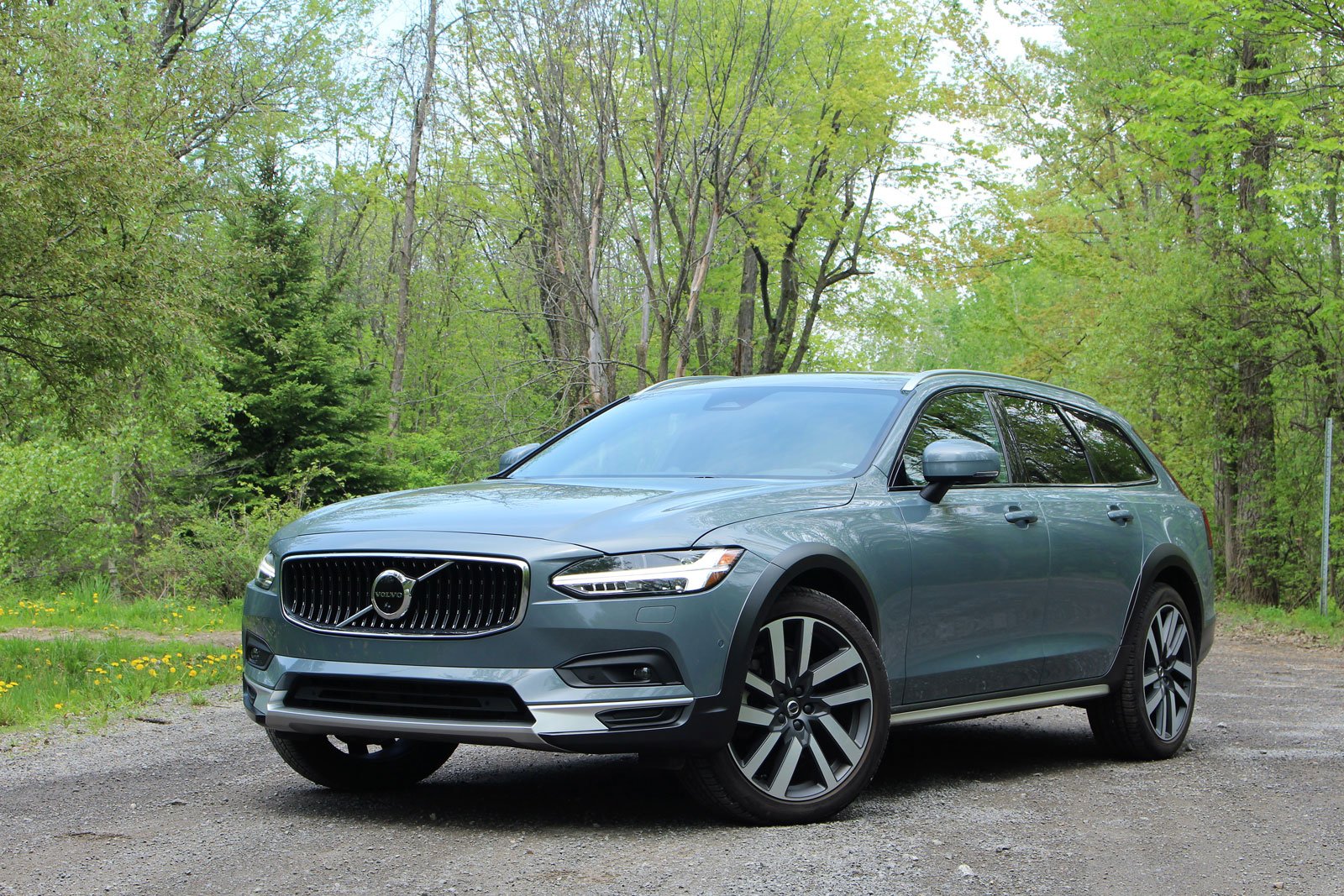 Having arrived in North America for the 2017 model year, the Volvo V90 was acclaimed for its elegant design in addition to its fuel-efficient powertrains, but sales haven’t exactly been through the roof. To the point where the midsize wagon was actually pulled from the Canadian market after 2019. However, it’s back, as it has always been in the U.S. market, although it’s now only available in Cross Country trim. 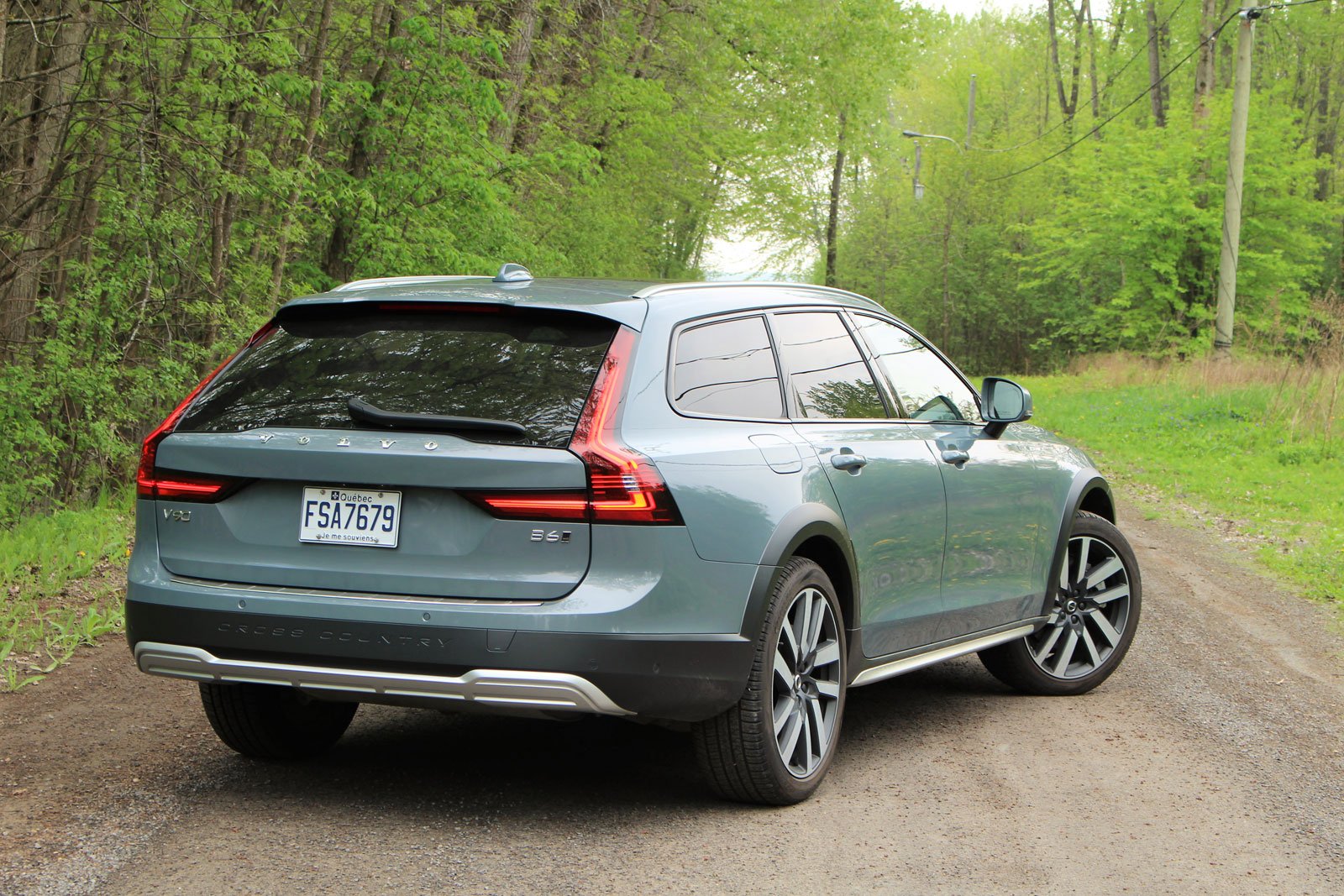 In Volvo-speak, Cross Country means a station wagon with an elevated suspension and more robust-looking bodywork, with plastic cladding around the wheel wells. This name was adopted just before the turn of the century, when at the time, a more rugged version of the Volvo V70 wagon was introduced, and ended up being fairly popular. It was renamed XC70 afterwards, inspiring a while range of utility vehicles in the brand’s lineup.

Why is the Volvo V90 Cross Country 2022 back in the Canadian market after a two-year hiatus? That’s a good question, but we must realize that vehicles boasting a more adventurous, active-lifestyle look is a current trend, so why not give the model another change to seduce Canadian shoppers? It’s worth noting that the Cross Country variant now has direct rivals in the U.S. and Canadian markets that weren’t available a few years ago, the Mercedes-Benz E 450 4MATIC All-Terrain and the Audi A6 allroad. 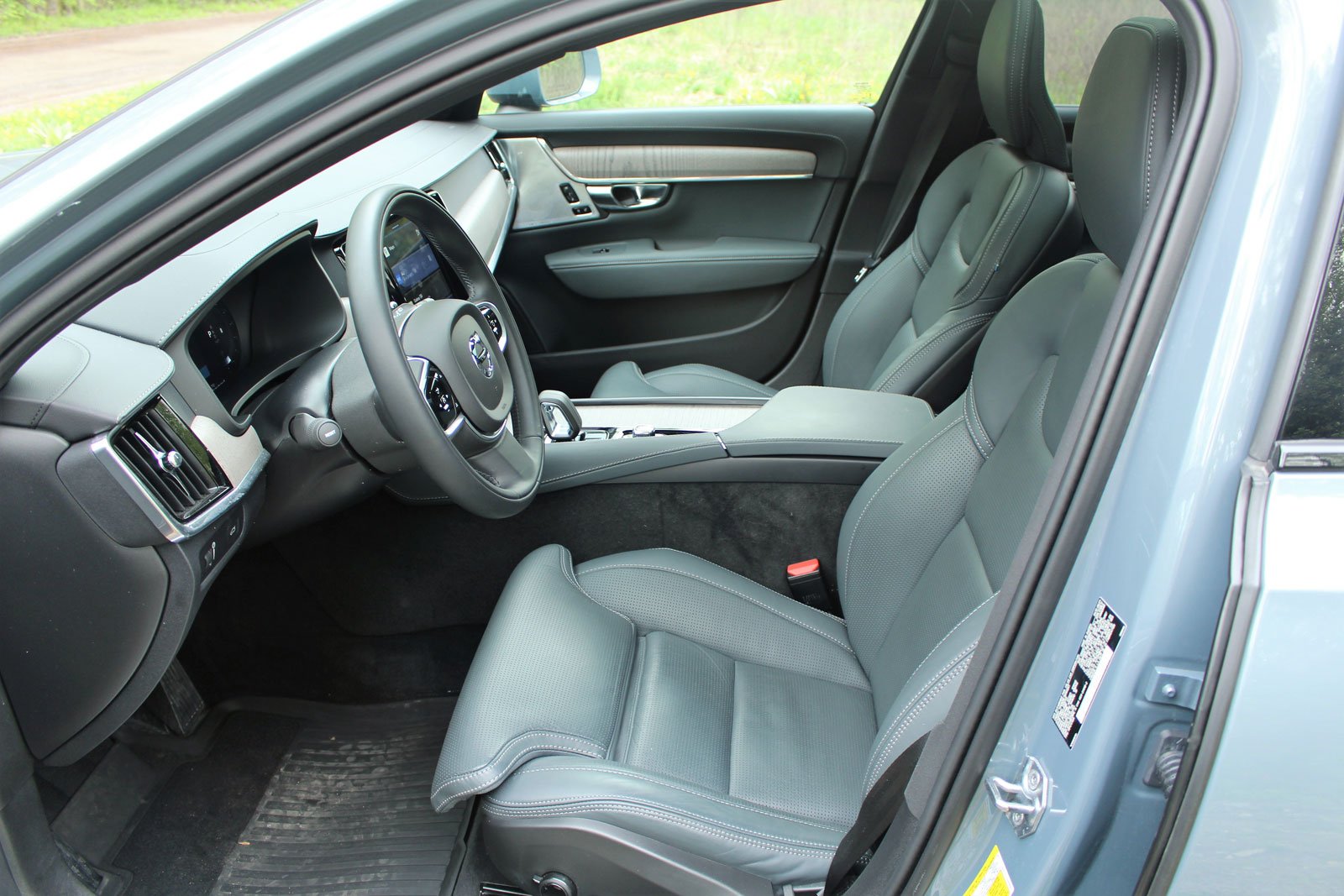 From a styling standpoint, very little has changed since the 2017 model year, and that’s fine. The brand’s designers initially concocted a skin-tight body, with a low roofline and muscular proportions that the Cross Country’s lower-body cladding hasn’t tarnished. Wheel sizes ranging from 19 to 21 inches also enhance the wagon’s look.

There are in fact some small exterior changes. The front bumper has been revised, placing the fog lamps higher up, while the taillamp detailing has been reworked and the exposed exhaust tips have disappeared, as the brand is heading towards an all-electric powertrain future. 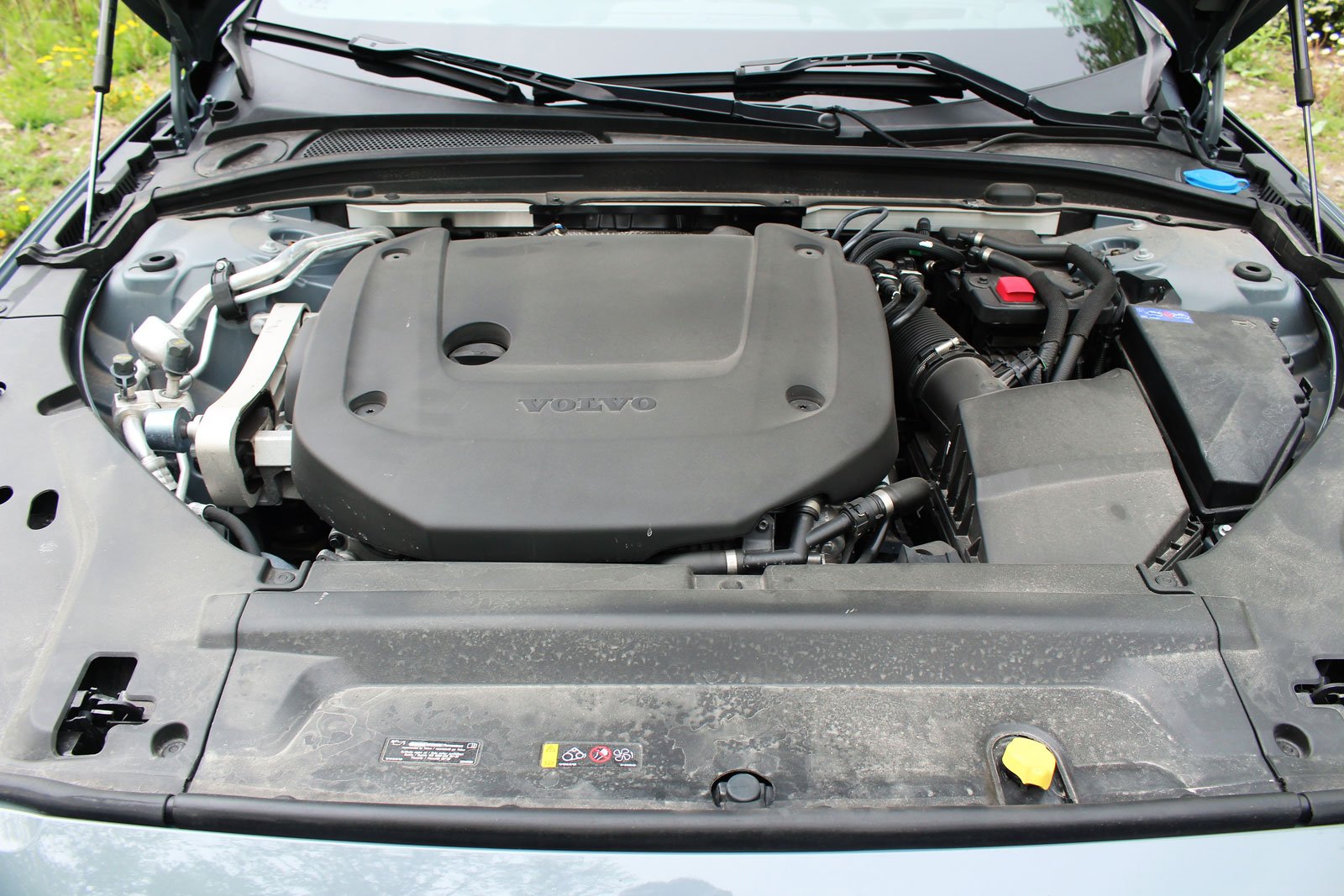 Inside, same story, as changes since the 2017 model year have been very subtle. The seats offer great comfort, a Volvo trademark, and the overall look is elegantly simplistic, with a minimal number of physical buttons and tasteful light wood trim in an elemental design that only the Scandanavians seem to get right. On the other hand, we’re not too fond of the piano black inserts that quickly attract dust.  The optional 19-speaker Bowers & Wilkins system delivers outstanding sound quality, but its price of $3,200 USD or $3,750 CAN is a costly addition.

The 2022 Volvo V90 Cross Country gets a new mild hybrid powertrain that still uses a turbocharged and supercharged 2.0L inline-four as a base. A 13-horsepower motor-generator has been added make the automatic stop/start system more efficient, while the powertrain still includes an eight-speed automatic transmission that sends power to all four wheels. According to Volvo’s website, the V90 Cross Country can tow up to 3,500 pounds or 1,588 kilograms. 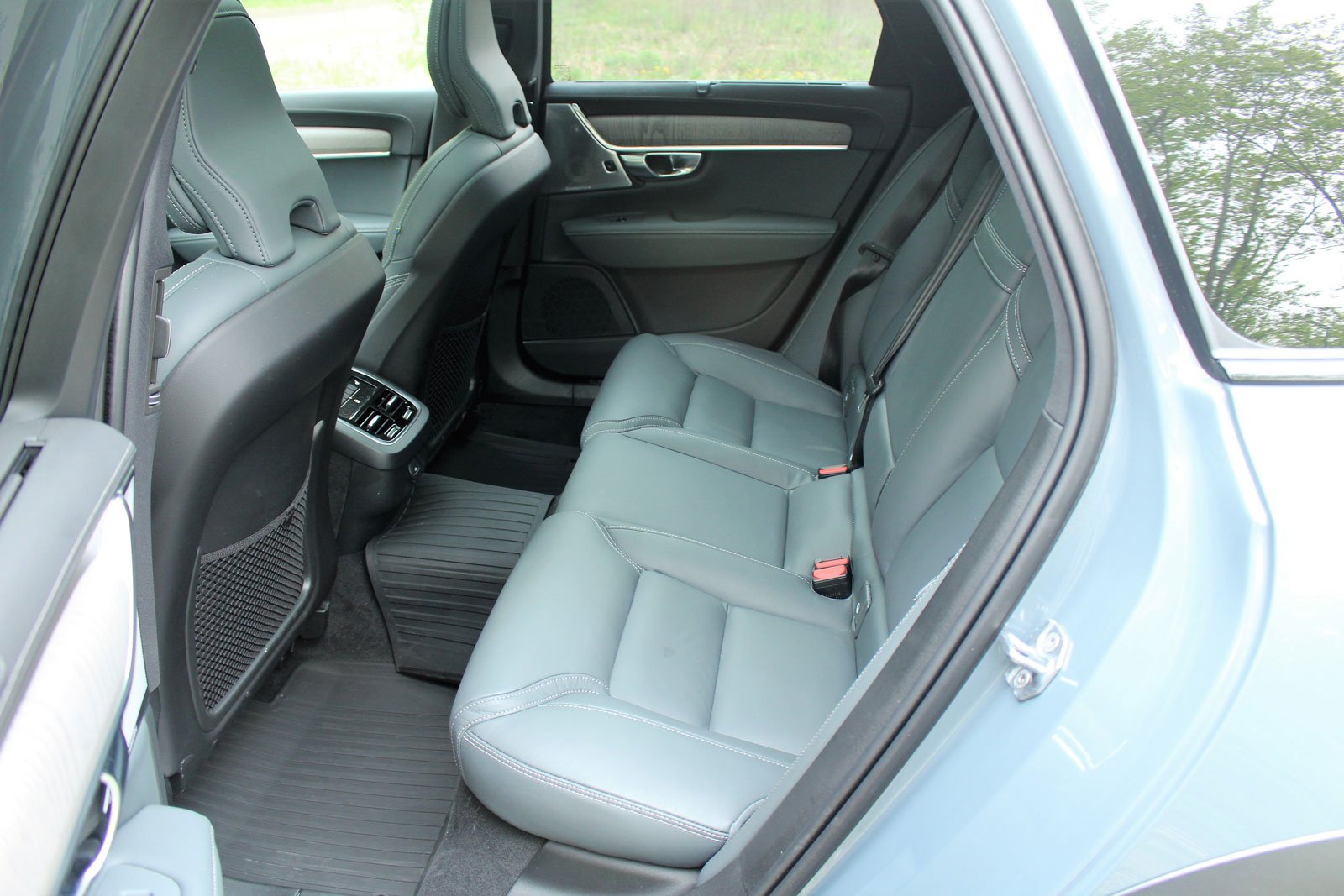 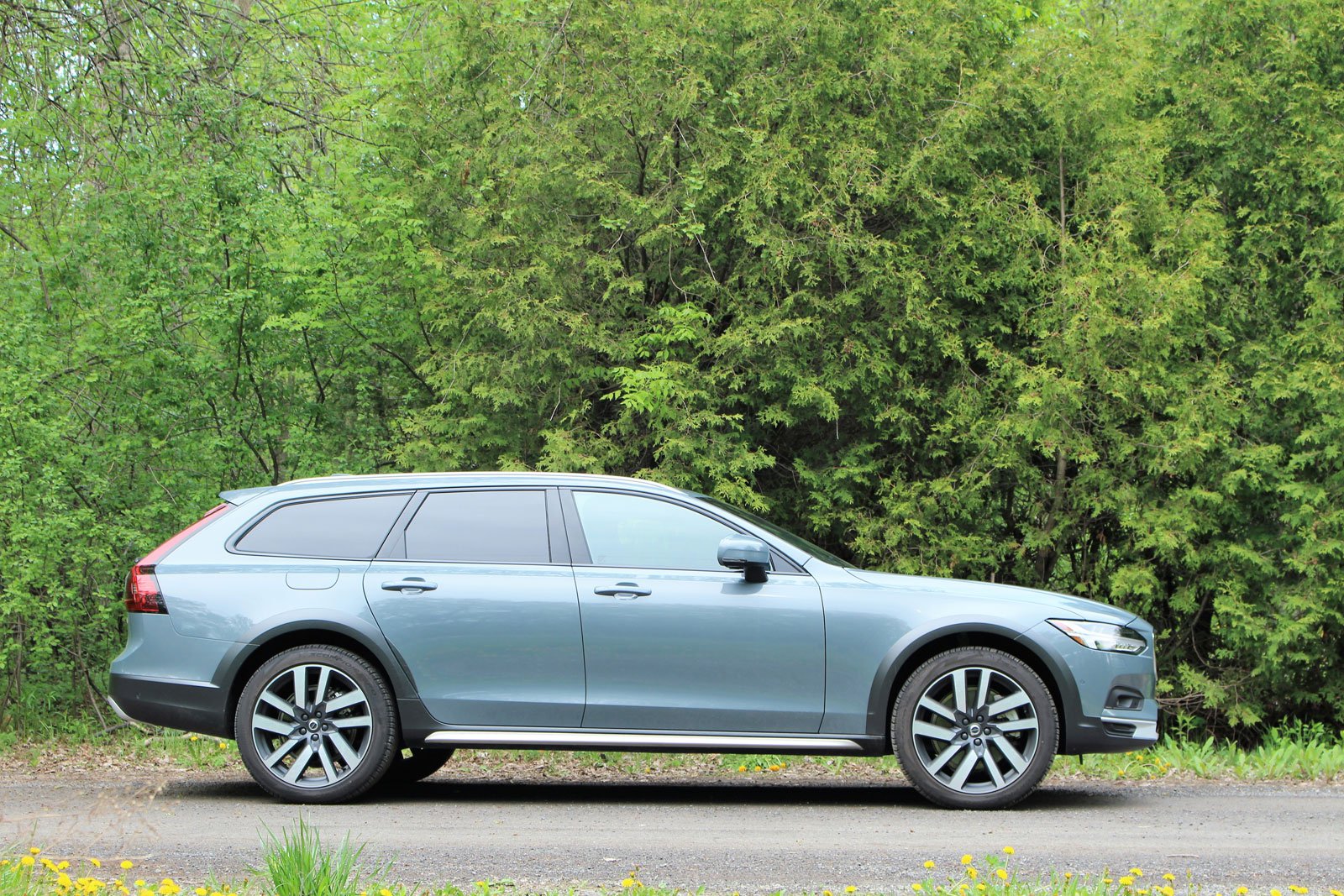 What the 2022 Volvo V90 Cross Country Does Well 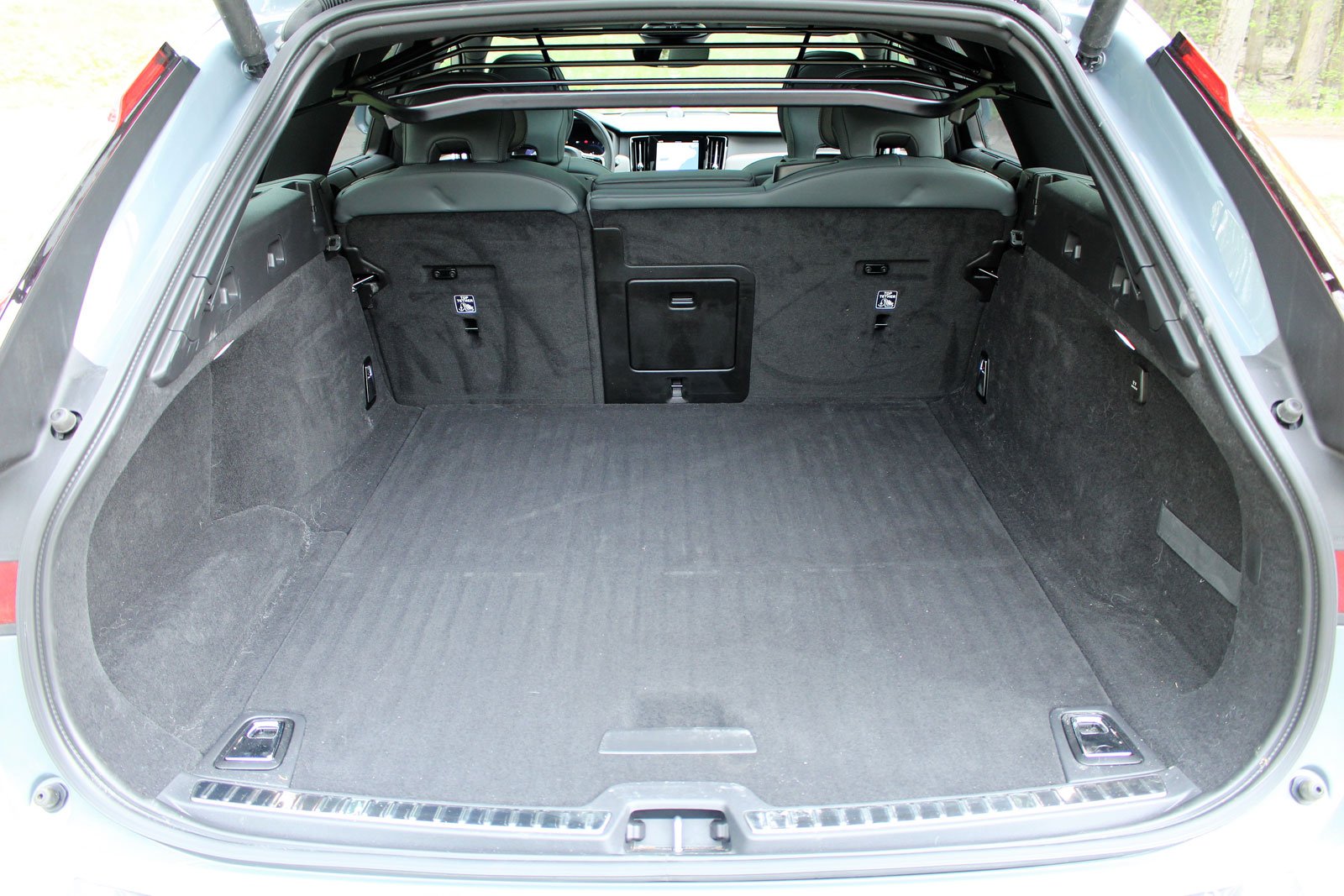 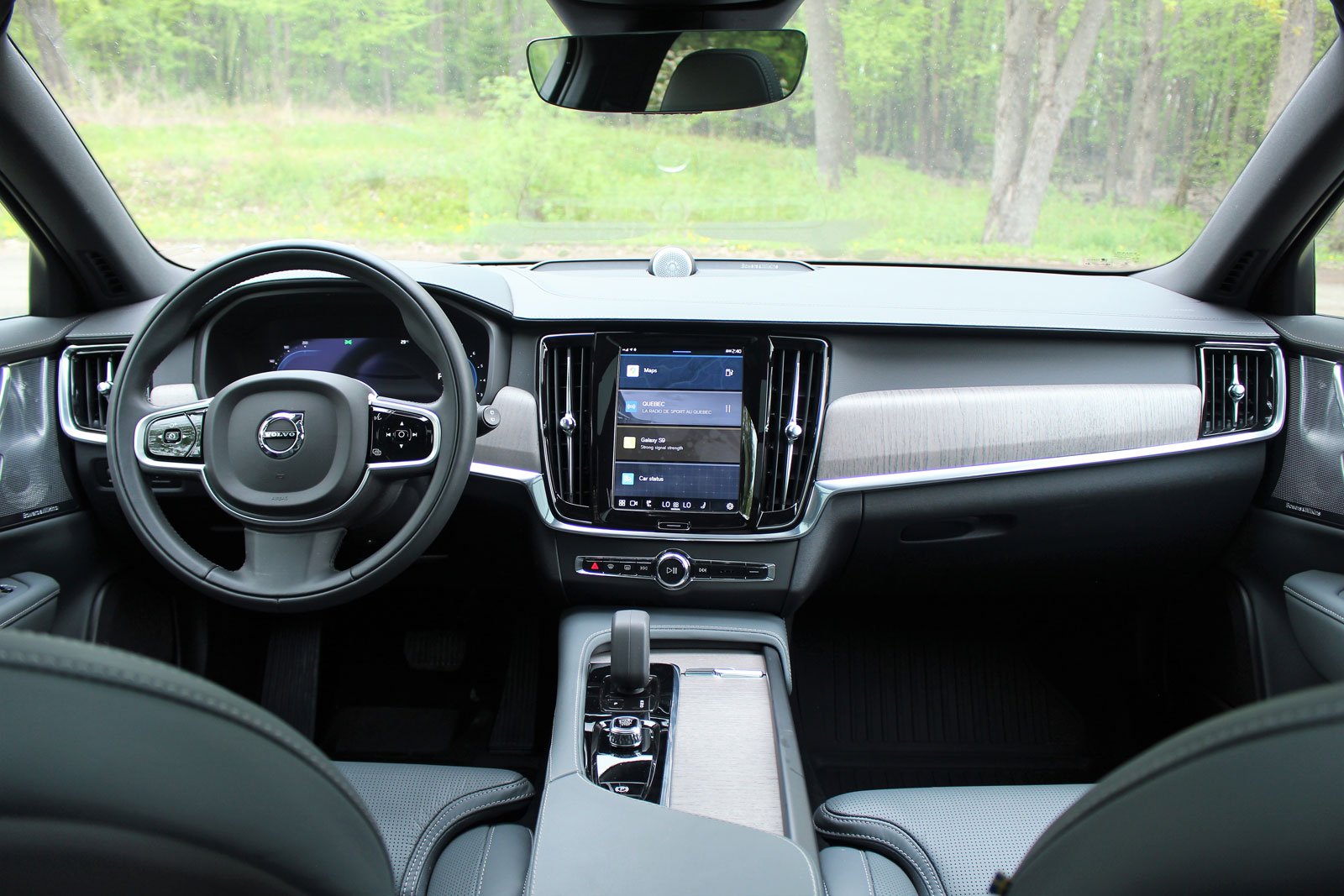 The 2022 Volvo V90 Cross Country can draw buyers on looks alone, but the luxury wagon is more than that. It’s versatile, boasts a well-appointed cabin and drives very well. However, Volvo’s B6 engine could use a little more refinement and be notably more fuel-efficient than the competition’s six-cylinder powertrains.

On the other hand, the V90 Cross Country’s price undercuts its rivals by a significant amount, before adding on options, and that’s always a good thing. It may not be perfect, but its look hides those imperfections well.

The 2023 GMC Canyon is fully redesigned inside and out. New AT4X trim gets exclusive off-road-ready components. One engine choice across all trim...
Read more

The Model Y could be the world’s best-selling car in the world in terms of revenue this year and overall volume in 2023 ...
Read more

It’s still way too soon to proclaim a Competition M xDrive model. As a reminder, the M240i is now only available with AWD. As...
Read more

This design could be either a next-generation electric XC90 or a refreshed current-generation model A recent trademark hints this model could be called...
Read more

The new battery is a 20-kWh unit, up from the previous version’s 13.8 kWh system. Total system output is up 40% from the...
Read more
Previous article2024 Chevrolet Blazer EV Unveiled: A New Era Begins
Next articleThe Lada Niva is Once Again Rolling Off the Assembly Lines

The 2022 Chevrolet Equinox starts from $28,398 in Canada and from $26,995 in the United States, freight and delivery charges included. Decent comfort,...
Read more