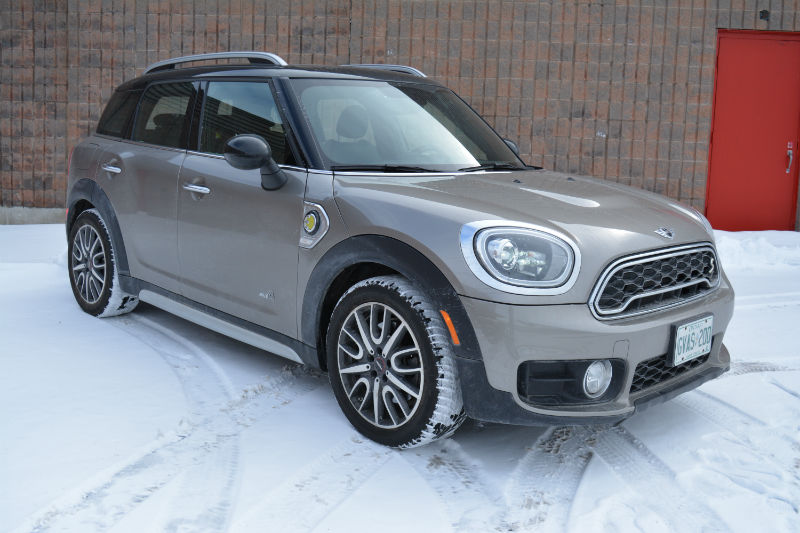 I’ve shown lots of tough love for recent MINI products and I think it was and still is warranted. The moment MINI returned to Canada more than 15 years ago, I was enthralled, and excited. My first “new” MINI experiences were incredible but that quickly changed.

The first Countryman I reviewed was a manual S ALL4 when it first came out in late 2010 or early 2011. I did enjoy that drive but since, I’ve not had much luck with the school bus of MINIs. Last time, I drove a JCW with the automatic and I longed for something that weighed hundreds of kilos less, and with only two drive wheels. This time, the situation was not much better.

The Countryman S E is a plug-in hybrid which on paper should make it the best of all. The car relies on the base Countryman’s 1.5-litre turbocharged 3-cylinder engine. With the electric motor on the rear axle and reserve juice from the battery, the powertrain’s got lots of power. More power, in fact, than the JCW as total system output is of 221 horsepower and 284 lb.-ft. of torque. Again, on paper, the S E covers the 0-100 km/h sprint in 6.8 seconds, only 0.3 seconds behind the JCW! 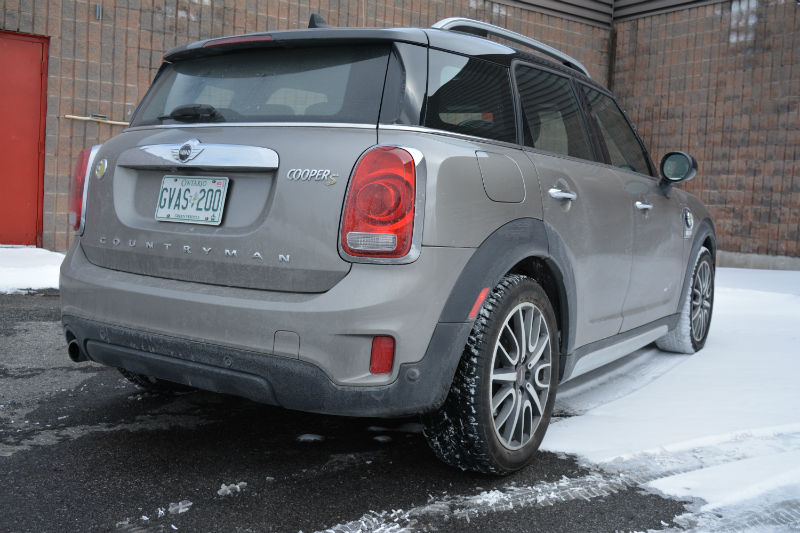 It nearly all falls apart once behind the wheel. Although powerful, the S E tips the scale at more than 300 kg (660 lbs.) more than the base Countryman ALL4 with the same 3-pot. A chunk of that girth is attributable to the battery pack which only provides the Countryman S E with a maximum of 19 km of pure electric range. Yes, 19 km. In my time with the car, the weather hovered just below freezing and there was snow on the ground. I’m not sure I managed half that distance even in EV mode through the eDrive controller.

Once the batteries are depleted, the MINI struggles with the weight. In town, short burst of EV assistance come in handy but once on the highway, passing can become something of a chore, especially when there are passengers aboard and some gear.

Otherwise, the drive is still MINI-like, and entertaining. While the suspension’s damping has little give, road holding, and grip are very good. Steering is heavy and precise, and the car feels stable and playful. 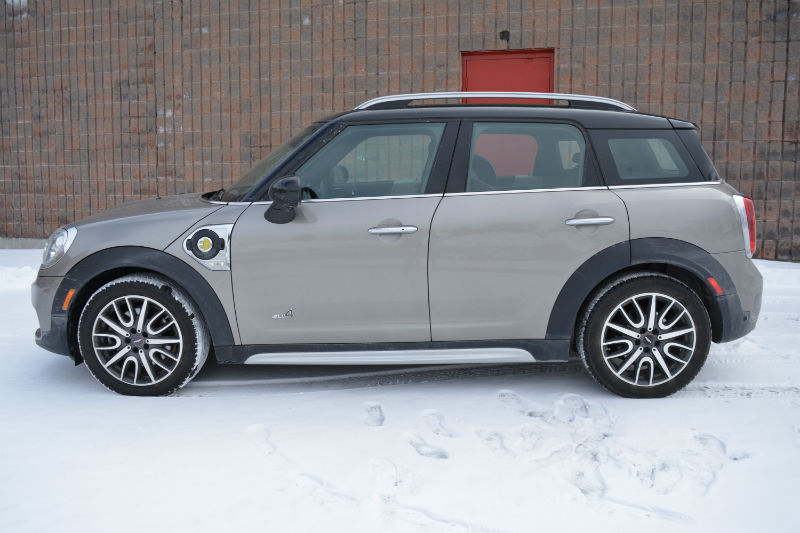 The cabin is typically funky-MINI although I must say that the time is fast approaching for a revised instrument panel and a more intuitive and accessible infotainment system.

The reason why anyone would buy the MINI Countryman S E over an S is for the EV range and fuel economy. And while I did manage 8L/100 km during my test, a base S E is nearly $10,000 more that an S with the automatic transmission (which will average just over 9L/100 km). It may have a little more kit but the gap is far too great to justify a purchase. Yes, you will be entitled to a credit from some provincial governments and you will get access to HOV lanes, but this seems like missing the point of buying a MINI…

2023 Kia Sportage Pros - At just under $31,000, the Kia Sportage LX is one of the least expensive AWD compact SUVs in Canada. - From...
Read more
Previous articleBMW pulls out of the 2019 Detroit Auto Show
Next articleNew Bugatti Chiron Sport coming to the New York Auto Show