If you want a Mercedes-Benz G550 4×4 Squared, you better get on that 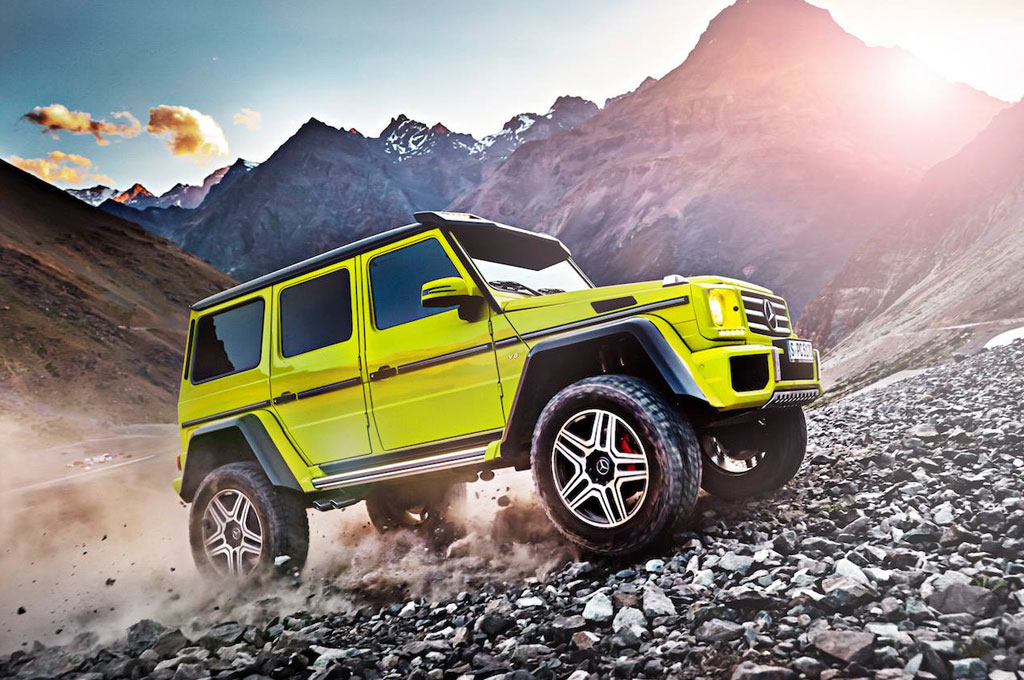 Few vehicles are as outrageous and ridiculous as the Mercedes-Benz G550 4×42, and that’s probably why we love it so much. Introduced back in 2015 and launched a year and a half later in North America, the G550 4×42 is over the top in every way including its $ 300,000 price tag.

And now, its run has come to an end. Mercedes-Benz announced recently that production was about to stop. So if you’re interested in becoming the center of attraction everywhere you go, not to mention finally getting around to working out those glutes just by getting into your car, you better move quickly.

The Mercedes-Benz G550 4×42 was designed as the ultimate off-road vehicle. It can clear 3 feet of water thanks to 18 inches of ground clearance, and at nearly 8 feet tall it can also scare the bejeezus out of an inspecting Mitsubishi Mirage driver that happens to look into his rear-view mirror.

It’s powered by a 4.0-liter twin-turbo V8 engine that comes straight from AMG, but 422 horsepower is not nearly enough to move this mass of metal with any sort of confidence. But when you’re driving around in a Mercedes-Benz G550 4×42 , top speed and 0-100 km/h times are the least of your worries. You don’t need to pass people, they will get out of the way.

This upcoming model will be larger than the Giulia and Stelvio. The brand has yet to say if it will be an SUV...
Read more
Previous articleMeet the new 2019 Land Rover Range Rover P400e plug-in hybrid
Next articleMazda rotary engine could make a comeback in 2019