News 7 versions of the new Ford Ranger at Sema

7 versions of the new Ford Ranger at Sema 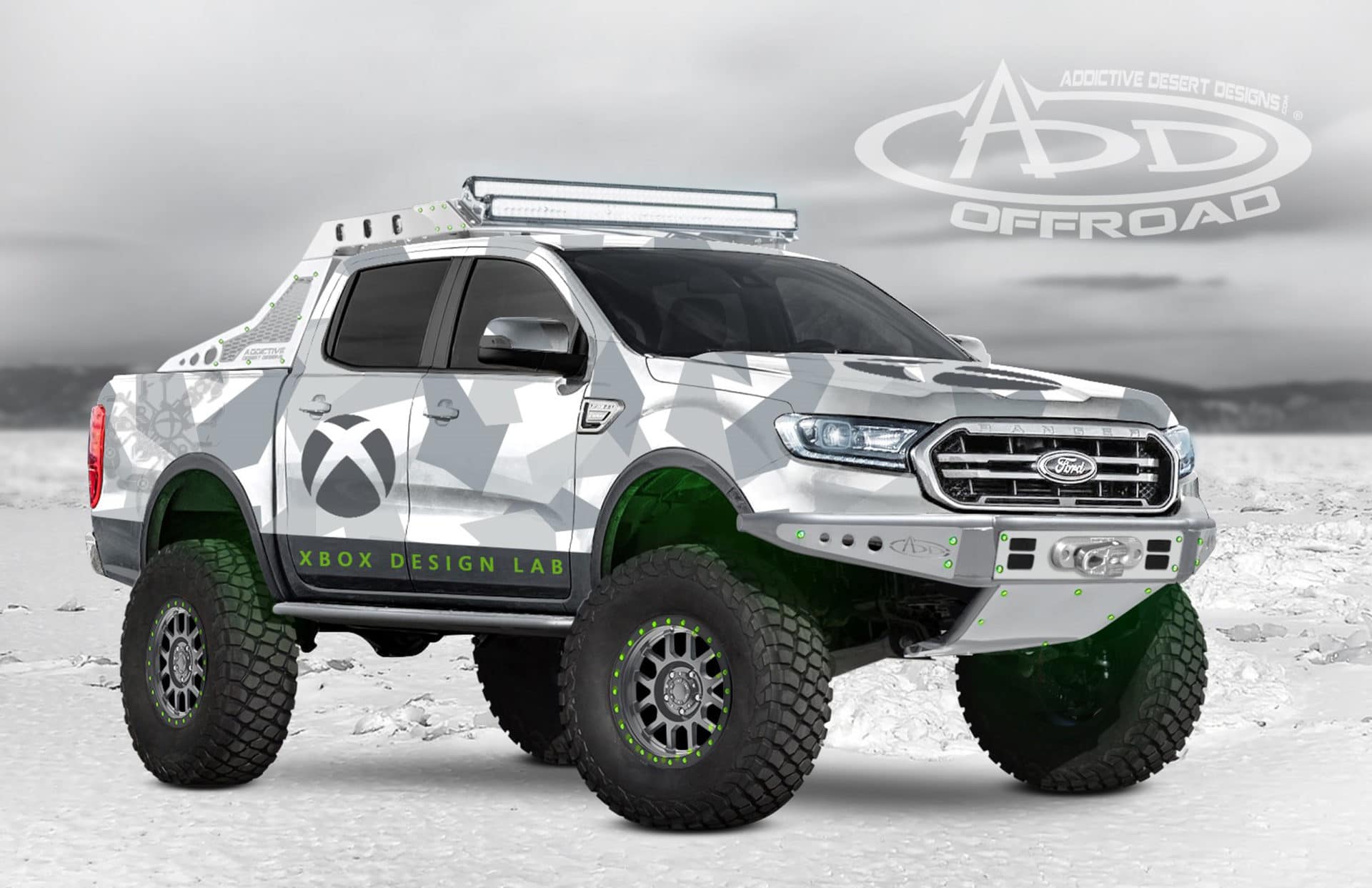 The Ford Ranger is one of the most anticipated new vehicles of the year, but before it hits showrooms it will be showcased in a variety of highly-tuned versions at SEMA in Las Vegas.

If you’re planning on buying a new Ranger and already thinking about customizing it, there’s plenty of inspiration below. Every model seen here is based on the SuperCrew 4×4 Ford Ranger, and they are all powered by a 2.3-liter EcoBoost engine which will be the only available engine in North America.

The SEMA-bound Rangers all use various performance and customization parts which will be available to the public. According to Ford, more than 150 accessories will be available for the Ranger when it goes on sale.

And now, let’s take a closer look at the Ranger models SEMA visitors will see.

As the name implies, you can use this Ranger to set up your base camp on your next adventure. Along with a host of suspension improvements and bigger tires, the Ranger Base Camp also has a built-in tent in the bed.

It may look like a Hummer H1 conceived a child with a Ford Ranger, but this Xbox Ranger is more about the tech than the muscle off-road. The consoles are located in the rear seats and a 42-inch exterior screen gives owners the ability to play from the truck’s bed.

Redesigned front and rear bumpers, bed cage, lift kit, differential cover, and roof lightbar are what you notice first on this army green Ford Ranger. Bronze accents are added to give a truly unique look.

Build by BDS Suspension, the Project Ranger X is by far the most rugged Ranger headed to SEMA. The bed has been modified to be longer and therefore can hold more tools and gear. The wheelbase has been stretched to 136 inches which allows an extended driveshaft to be fitted underneath. A raised suspension and monster tires are aso part of the deal.

Its beefy 33-inch tires and massive fender flares give it a distinctively Raptor look. Those tires wrap around 20-inch wheels which look tiny. A hood scoop and spoiler take care of the sporty elements while a BDS Suspension system and Fox rear shocks handle off-road and handling duties.

A three-inch leveling kit complete with off-road shocks, BDS Suspension upper control arms and 20-inch wheels mean the Project Nightfall Ranger will be more than happy off the beaten path. A bed tray is added to make loading easier.

The base price will be $56,000 in the US. The base engine delivers 200 hp and 250 ft-lb of torque. The most expensive...
Read more
Previous article2019 Kia Sorento at a glance
Next article2018 Porsche Panamera Turbo Sport Turismo Review: The World’s Most Perfect Car?