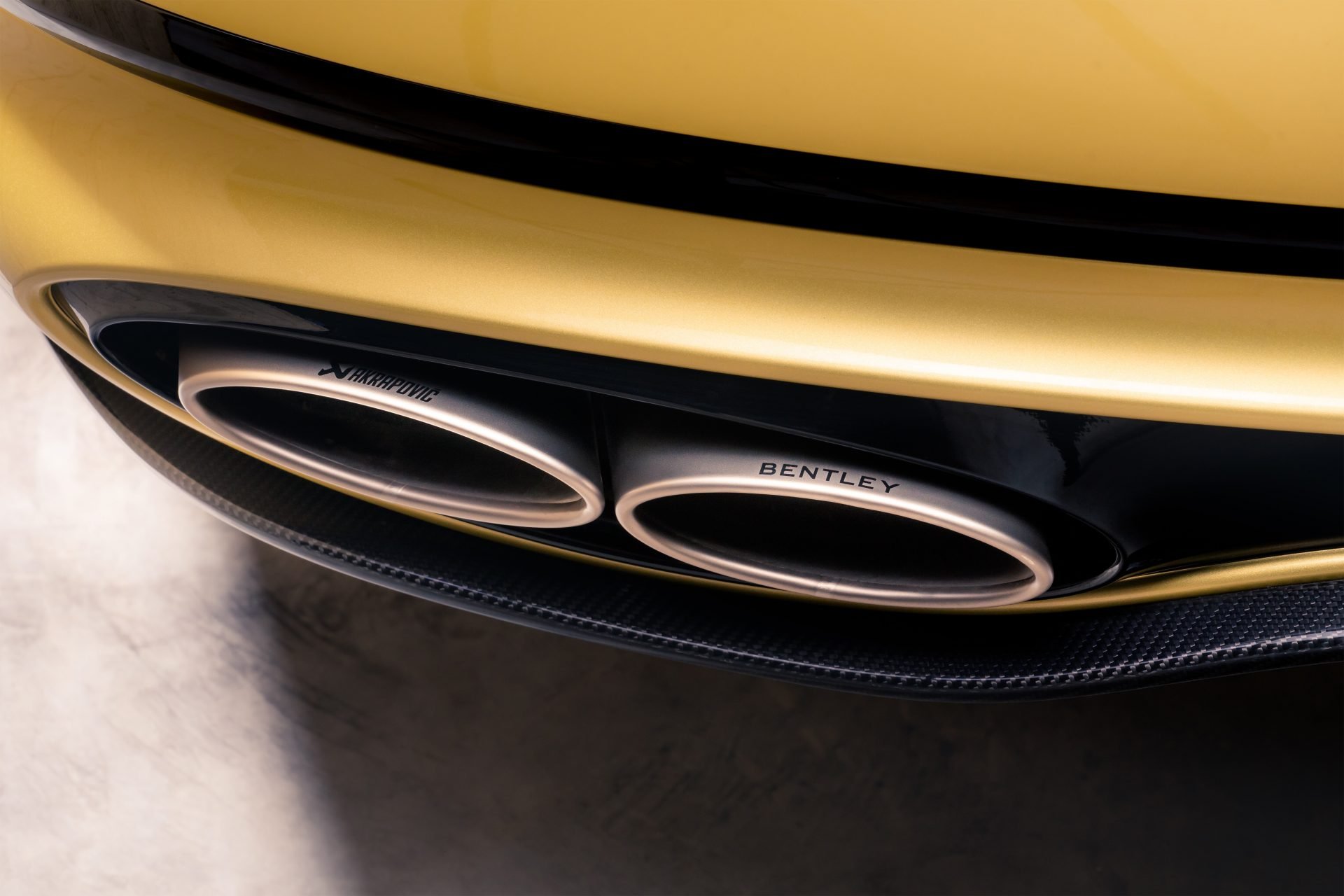 Want your Bentley to be a little bit lighter, a whole lot louder, and add a little bit of performance that comes directly from racing? The luxury automaker has just the ticket thanks to a titanium exhaust system from Akrapovič to fit the current-generation Continental GT Speed and its convertible version.

Akrapovič is known for building serious and extremely light performance exhausts, and this Bentley version is no different. It was designed by the two companies and was race-tested on the Bentley Continental GT as it set a production car record on the Pikes Peak International Hillclimb back in 2019.

The exhaust makes use of titanium as well as other “super-alloys” as Akrapovič calls them. The lightweight materials cut 7 kg from the curb weight of the still hefty Bentley sports car. It will have quad oval tailpipes with a matte finish made by sandblasting, setting it apart from standard Bentley parts.

This isn’t the first Akrapovič exhaust from Bentley. One was previously available on the GT3-R Continental of 2014. The exhaust system will be a retailer-installed option, so the loud pipes will not be factory fit.

The Continental GT Speed makes 650 hp from its 6.0L W12 along with 664 lb-ft of torque. With this new exhaust, tuned to add more sound at start-up and throughout the rev range, you’ll be able to hear all of those. Including pops and cracks on overrun, which seems entirely unsuited to a Bentley and its driver.

They have sold their 200,000th EV in the US. They now join Tesla and GM who’ve already run out of credits. The question is...
Read more
Previous articleThe 2022 Toyota Tundra Will Continue its Conquest Run
Next articleNew 2022 Honda Civic Hatchback Priced From $28,000 in Canada