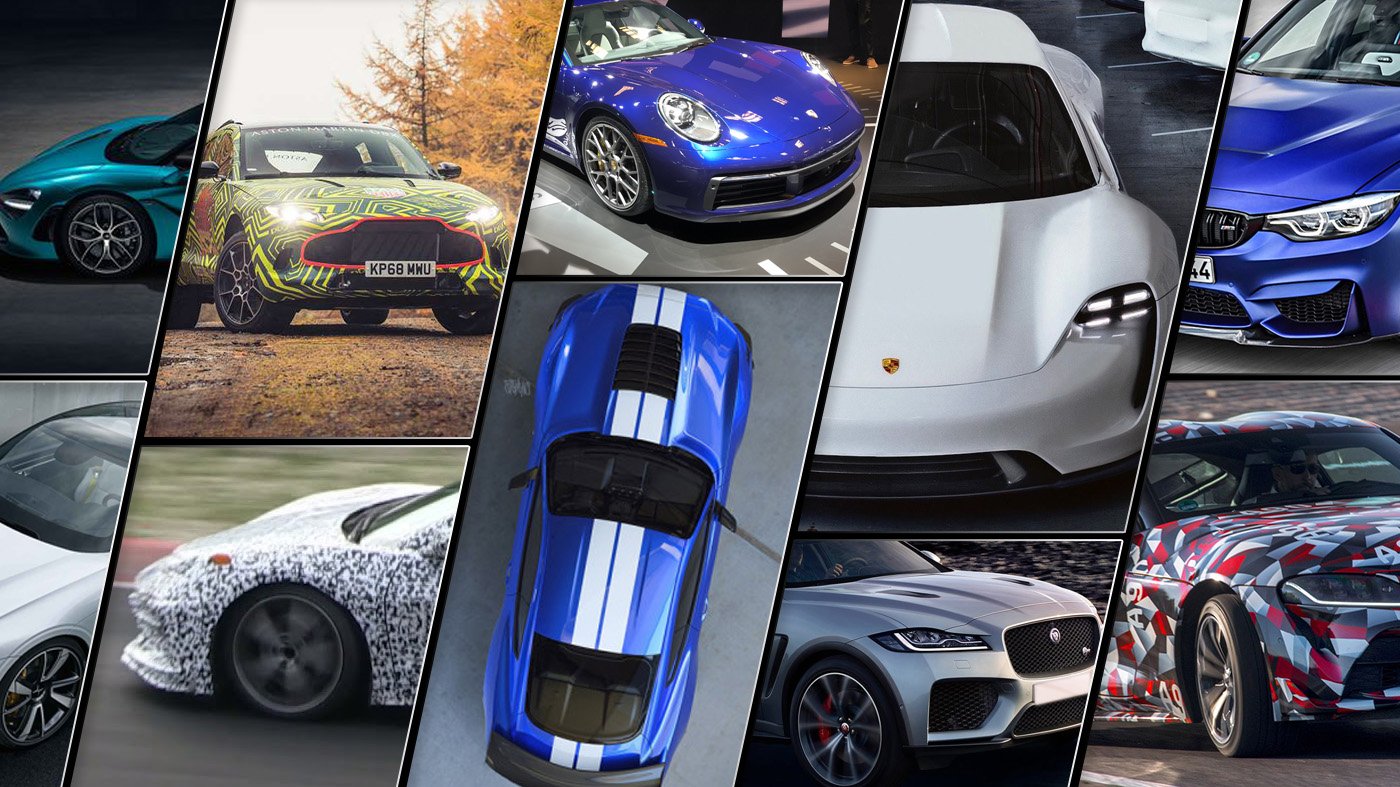 Here are 10 performance cars set to launch in 2019 that have us all very excited over here.

As we prepare for the upcoming year, we think it’s good to take a quick peak at what’s to come.

We’ve already covered electric cars, cars we’re excited about and cars that we think every automaker needs in 2019, now let’s look at performance vehicles we expect to see over the next 12 months.

How do we describe a performance vehicle? Well, it’s anything that puts the focus first and foremost on sportiness. These are cars enthusiasts will get excited about and that we can’t wait to drive with a few exotics thrown in for good measure. And we’re off.

We already know a lot about many of the vehicles on this list including the F-Pace SVR, the McLaren 720S Spyder and the Porsche 911 and Taycan. We also know what the new Toyota Supra will look like, and we’ve gotten an accidental glimpse of the Shelby GT 500 it would seem.

Still, we still have to get the behind the wheel or see the actual cars in person and, well, we just can’t wait.

The brand’s CEO made the announcement during the Genesis dealer meeting. This model could be priced around $200,000 to $300,000. No specifications have...
Read more
Previous articleFully Electric Bugatti Chiron by 2024
Next articleFord Escape and Super Duty Among New Ford Models Coming in 2019