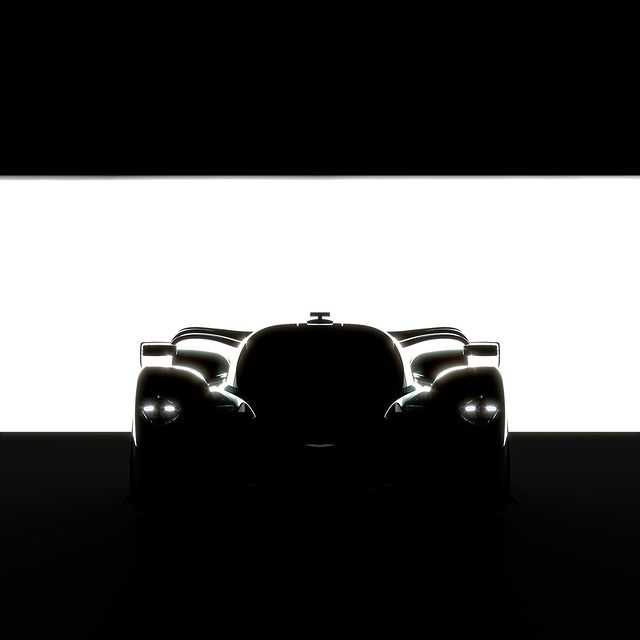 Aston Martin is readying a version of the Valkyrie hypercar that will be even more hardcore than the standard model. They’ve just released a teaser of what we think will be the Le Mans version of the car that is set to be revealed early next week.

The two Instagram posts start with one showing what looks like a wild aerodynamic package. Most of the machine is shrouded in darkness, but the car looks to have an absolutely massive rear wing. The wing looks like it comes in two halves, each protruding from the center of the car (at the rear) and extending out to the sides of the car. Like a letter M rather than a flat line.

It also has rear view mirrors attached to the edges of the fenders as well as what appears to be a TV camera pod on the roof. We can’t think of many other reasons for that T-shaped protuberance coming from the top of the car.

Based on a previously leaked image we expect similar changes to the front that will balance out the aerodynamic package. There could be other modifications to help the race car meet the requirements of racing at Le Mans. Because this race-car-looking Aston Martin Valkyrie is the one we expect to show up in the Le Mans Hypercar class in a couple of years.

Aston’s other post (and there’s a gif that brings the car into and out of focus) shows that it will debut on June 28th. That’s when we’ll get a full official look at the car and find out exactly what the purpose of the latest venture will be.

The base price will be $56,000 in the US. The base engine delivers 200 hp and 250 ft-lb of torque. The most expensive...
Read more
Previous articleWrangler Xtreme Recon Gets 35’s, 100:1 Crawl Ratio, Now Has Price
Next articleAll-New BMW 2 Series Coupe Premieres At The 2021 Goodwood Festival of Speed