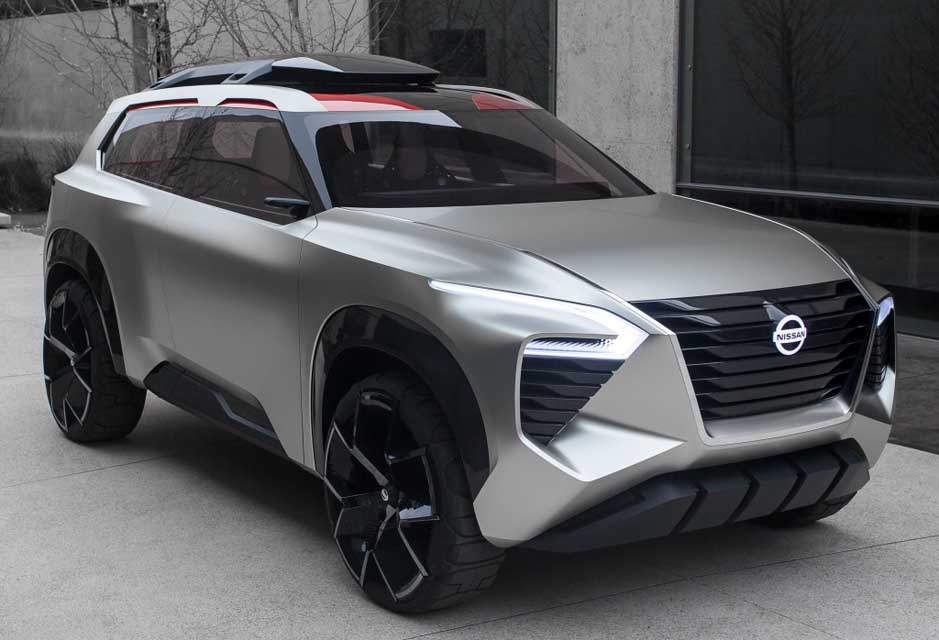 A lot of this year’s unveilings in Detroit were known prior to the show, but this one wasn’t. Nissan had teased his latest rugged SUV, but we didn’t know much about this bold new design. With these oversized tires and exaggerated ground clearance, the Xmotion definitely stands out compared to nowadays Nissan lineup of crossovers.

And since the japanese brand is already interested in autonomous driving, the fact that this prototype is full of technology to facilitate the driver’s life isn’t surprising at all. For example, the multiple touchscreens in the cockpit can be manipulated with hand or eye gestures. Obviously, voice recognition is part of the equipment installed on this SUV.

Inside, there’s space for six people with three rows of two separate seats. In the center of the concept, a  cedar wood console adds a nice touch and reminds the occupants of the origins of this Nissan vehicle. The same treatment was also applied to the lower portion of the dash.

Of course, Nissan has equipped its latest concept with all-wheel drive on top of its latest semi-autonomous ProPilot system already available on recent Nissan models.

One thing is for sure, this rugged looking prototype deserves to get approved for production. It looks great and would absolutely bring a different crowd to the manufacturer’s showrooms. Will it reach production? It’s too soon to speculate, but there’s hope.

The 2024 Chevrolet Equinox EV will be available in limited quantities in the fall of 2023. Three trim levels, driving range between 250...
Read more