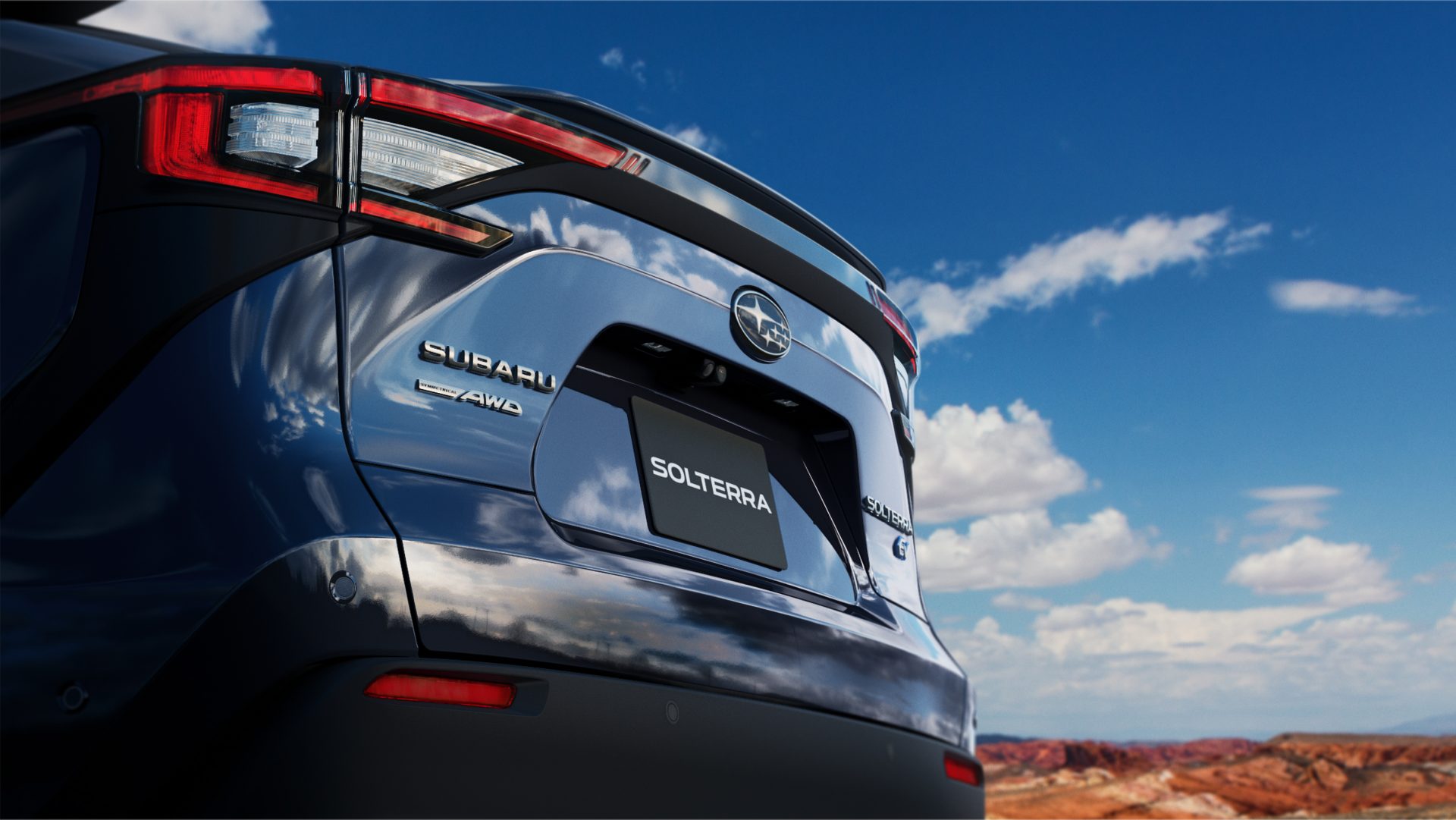 Subaru is letting us know a little bit more about its first electric SUV. The details on the 2023 Subaru Solterra, which will be developed along with Toyota, is set to arrive on sale sometime in mid-2022. Here’s a better view of the EV’s rear end.

Subaru calls it the brand’s most technologically advanced vehicle yet. It will be based on the e-Subaru global EV platform, and will have all-wheel drive along with “plenty of ground clearance.” Rough-road capability is one of the brand’s core features, so that’s no surprise here.

The automaker said that the new SUV will offer “ample” back seat room as well as cargo space, both also things Subaru is known for.

Take a look at the photo of the rear end and what you can’t see is almost as noteworthy as what you can see. There’s no visible rear glass, meaning that this SUV will have a sharply raked roofline. Will it end up as a crossover-coupe? Subaru hasn’t built one of those yet, but this is certainly looking that way.

It also shows a small spoiler on the middle of the hatch, again suggesting that it will have enough flat area to look like a notchback rather than a traditional SUV. The remainder of the tail is distinctly Subaru, including the taillights and a seam in the hatch that makes it look like it has a higher load floor than it likely actually does.

With this set to go on sale sometime in mid-2022, we expect to see the full thing in the next few months. Possibly at November’s LA Auto Show