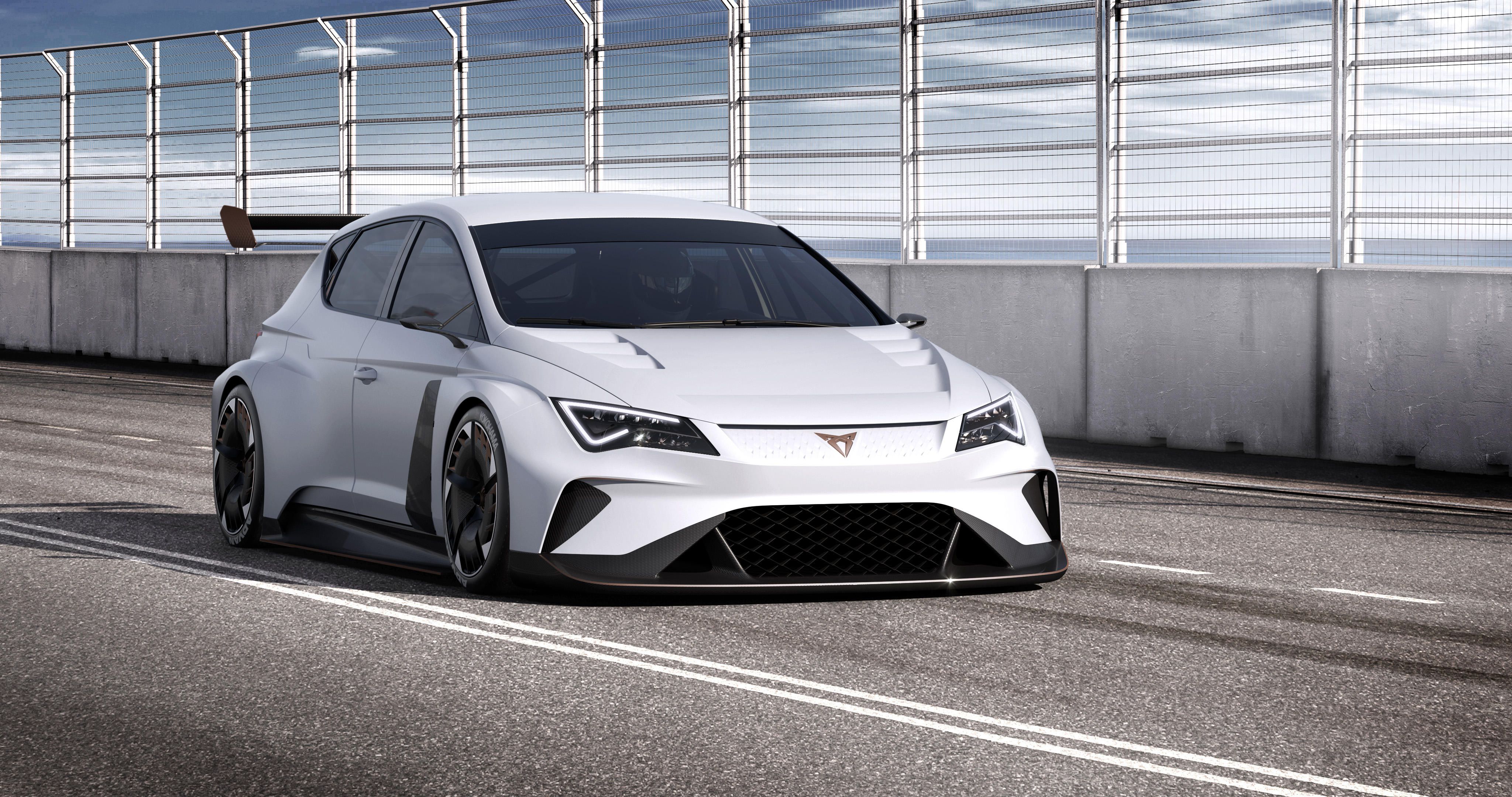 CUPRA, which was once a trim for sportier SEAT (pronounced say-at) models such as the compact Leon, has now been spun off into its own performance brand. Its first production model will be the Ateca, a high-powered crossover. The specs are very interesting: The Ateca will sport a turbocharged 2.0-litre engine that is good for 296-horsepower and will be paired to a 7-speed DSG automatic gearbox. An AWD system and adaptive suspension will also be included in the mix.

If you think the above reads like the Golf R’s specs, you’d be on the right track as SEAT is one of VW’s many holdings. The CUPRA e-Racer however, is not like any other, anywhere.

As CUPRA will take on all Motorsports responsibilities from SEAT, they thought they’d show off a little. Based on the petrol-powered Cup Racer, CUPRA has completely done away with the old powertrain and in its stead replaced it with one rear mounted electric capable of many things. Namely, it features torque vectoring, 400- sustained horsepower to play with and a peak boost of 680-horsepower.

The CUPRA e-Racer 100% electric race car is only a concept but if this is the future of touring car racing as early as 2019, we just might become fans once more.